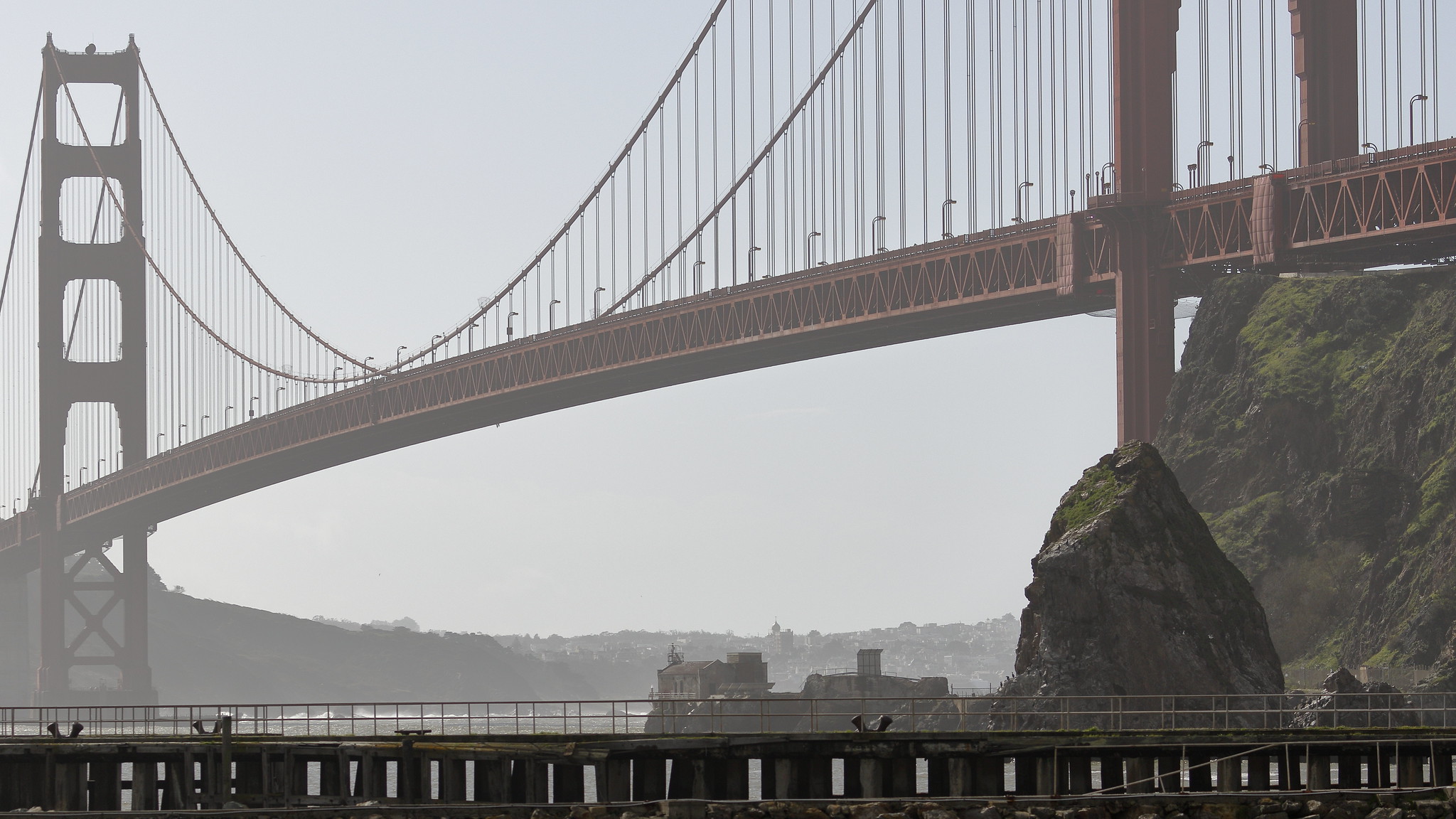 After work on the Golden Gate Bridge's sidewalks to bolster their wind resistance, nearby residents of San Francisco are complaining that the 1.7 mile-long structure makes a creepy droning noise when it's windy. The mysterious and unsettling tone is heard in videos posted by Alberto Martinez, Mark Krueger and @reedm. It's a spectacular example of engineering neglect.

Anthony J.:
“Engineers designed new sides for the sidewalk to help with wind resistance but didn’t take into account the EXTREME sound it creates when wind passes through it. The bridge sings crazy songs now it’s so trippy. It hurts the ears and unbearable it’s that loud.”

Anthony J.:
“Engineers designed new sides for the sidewalk to help with wind resistance but didn’t take into account the EXTREME sound it creates when wind passes through it. The bridge sings crazy songs now it’s so trippy. It hurts the ears and unbearable it’s that loud.” pic.twitter.com/GWdVia1GNS

Can someone explain me why is this eerie sound has been going on for an hour in #SanFrancisco #presidio #sound #eerie #whatisthis #2020SoFar #2020BingoCard pic.twitter.com/gS4ui2WSxh

TIL: The Golden Gate Bridge has just become the world’s largest wind instrument.

There is now a permanent creepy 3-tone dissonant soundtrack flooding San Francisco thanks to some recently completed bridge construction. pic.twitter.com/05ImVT7Im7