The Remains of the Day... Every Day: Texas's batshit abortion law

Welcome to another edition of “Mystery No Science Theatre 3000.” In this episode, the Texas Department of State Health Services, (a place where medical evidence is given the same weight as the results of a Magic 8 ball) has approved a regulation that requires burials for ALL fetal tissue that comes from a miscarriage, ectopic pregnancy or an abortion performed at a Texas healthcare facility. 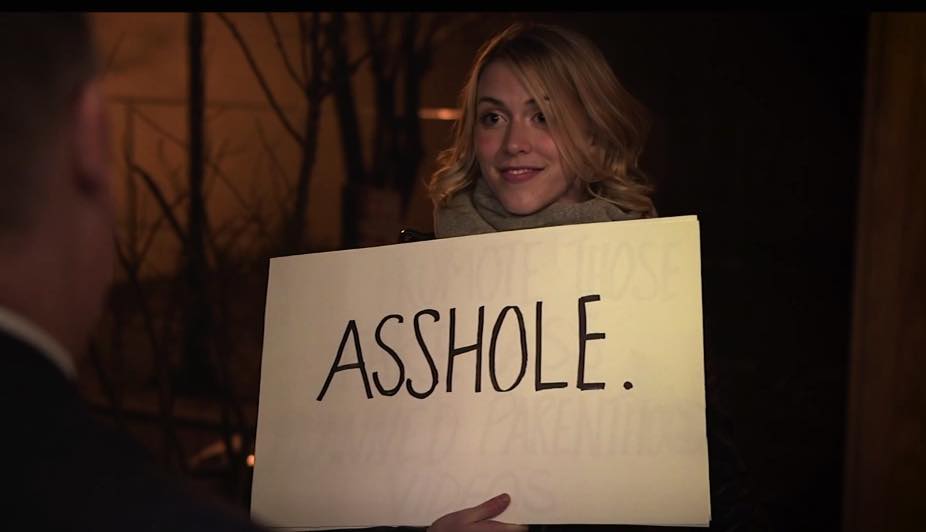 Lizz Winstead Op-ed: Quit Trying To Get Crafty With Our Rights

[This op-ed is by Lizz Winstead, co-creator of The Daily Show and Lady Parts Justice - Mark]

The most important takeaway from yesterday’s Hobby Lobby arguments is thank God women sit on the Supreme Court. Had there been no female justices, these fundamentals would have gone unchallenged:

a. A corporation is a person.

b. An emulsion of sexy fun time fluids is a person.

c. Birth control is an abortion

d. A woman can be legally required to participate in a three-way with her boss.

The women on the court drove the questions while Chief Justice John Roberts and Co. bought Hobby Lobby’s 64-pack of crapola.

And even Green family lawyers are crafty. They took a hot glue gun and slapped together some smoke and mirrors to create a bullshit narrative that the billionaire Green family are running some religiously oppressed “Mom and Pop ” operation. Read the rest

[view trailer] In 2011, women were doused with hate speech and horrible legislation with the same relentless intensity people use when hosing down two dogs humping.

That’s when I joined the front lines of this war on women.

I immediately assembled an amazing team of people to help me on this journey: Maggie, an old friend who had years of experiencing booking rock bands, immediately got six cities on board; my photographer buddy Mindy Tucker, who took off work and joined us in Minneapolis; and my friend and badass Canadian Film Director Matt Gorman, who was there for protection, but also to film everything.

I was excited, but I was also scared of what these anti-choice psychos had become. Would they come after us? I was definitely glad to have Matt along. After all, I was about to become “the abortion lady.” Read the rest

[Video Link] Look, it’s time to stop being polite and start asking, “What the fuck do you think you are trying to pull here?”

It is time to ask, “Why the fuck are men and women who are inexcusably incompetent continually being elected into statehouses, governorships and THE UNITED STATES CONGRESS? And how the fuck is it that this asshole serves on THE SCIENCE COMMITTEE of The House of Representatives?!

Women are not faking rape and they don’t have magical powers to deactivate rape sperm. We are not pregnant before we are pregnant, we can’t have an abortion if we are not pregnant, and I think we can all agree, women shouldn’t be forced to carry stillborn babies.

Abortions don’t cause mental instability and the HPV vaccine doesn’t make girls mentally retarded. No woman’s boss should be able to demand information from her to decide if her reason for wanting birth control is moral enough to grant permission.

No state should ever have the right to shove a probe in a woman’s vagina against her will because the government has elected shitwits who think women are such irrational idiots that the government knows best about what is right for them, their bodies and their futures.

So why am I scribbling all these ridonculous implausible scenarios?

Because these are either actual laws, proposed laws, or reasons used by politicians who have been elected to public office. Read the rest