This bonobo's big grin is infectious 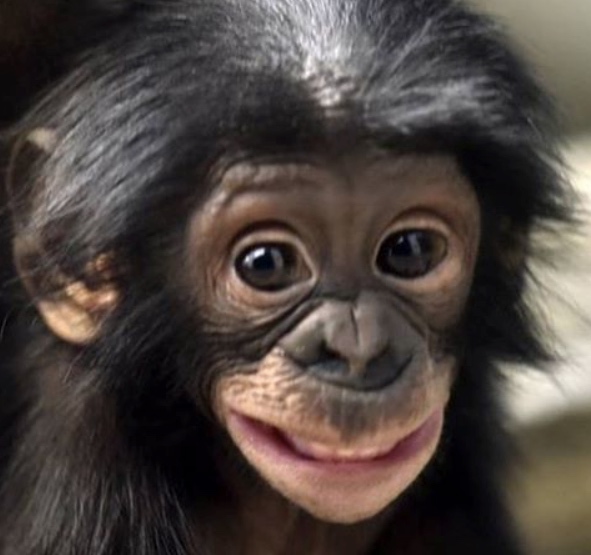 Bonobo smiles can mean different things like fear or playfulness. They also have large grins when they are wrestling with other bonobos and laughing. Bonobos are a critically endangered species in the wild. They inhabit only one region in the Democratic Republic of Congo (DRC), there are only an estimated 5,000 to 10,000 left in the wild. The species face constant threat from loss of habitat due to deforestation and mineral mining including diamonds and coltan – an ore used in cellphones and computers.

My new column for The New York Times Magazine involved some of the most emotionally intense reporting I've done in a while. It's all about a little-discussed genre of observation-based scientific papers, documenting what chimpanzees and bonobos (and, sometimes, other primates) do when confronted with death. These are difficult events for scientists to catch — they don't happen very often, and it's even less frequent that researchers happen to be right there to record and film the whole thing, especially in the wild. Because of that, scientists can't say a lot that's definitive about these behaviors. But they can tell you what they've seen. And what they've seen can be devastating.

Pansy was probably in her 50s when she died, which is pretty good for a chimpanzee. She passed in a way most of us would envy — peacefully, with her adult daughter, Rosie, and her best friend, Blossom, by her side. Thirty years earlier, Pansy and Blossom arrived together at the Blair Drummond Safari and Adventure Park near Stirling, Scotland. They raised their children together. Now, as Pansy struggled to breathe, Blossom held her hand and stroked it. When the scientists at the park realized Pansy’s death was imminent, they turned on video cameras, capturing intimate moments during her last hours as Blossom, Rosie and Blossom’s son, Chippy, groomed her and comforted her as she got weaker. After she passed, the chimps examined the body, inspecting Pansy’s mouth, pulling her arm and leaning their faces close to hers. Blossom sat by Pansy’s body through the night.