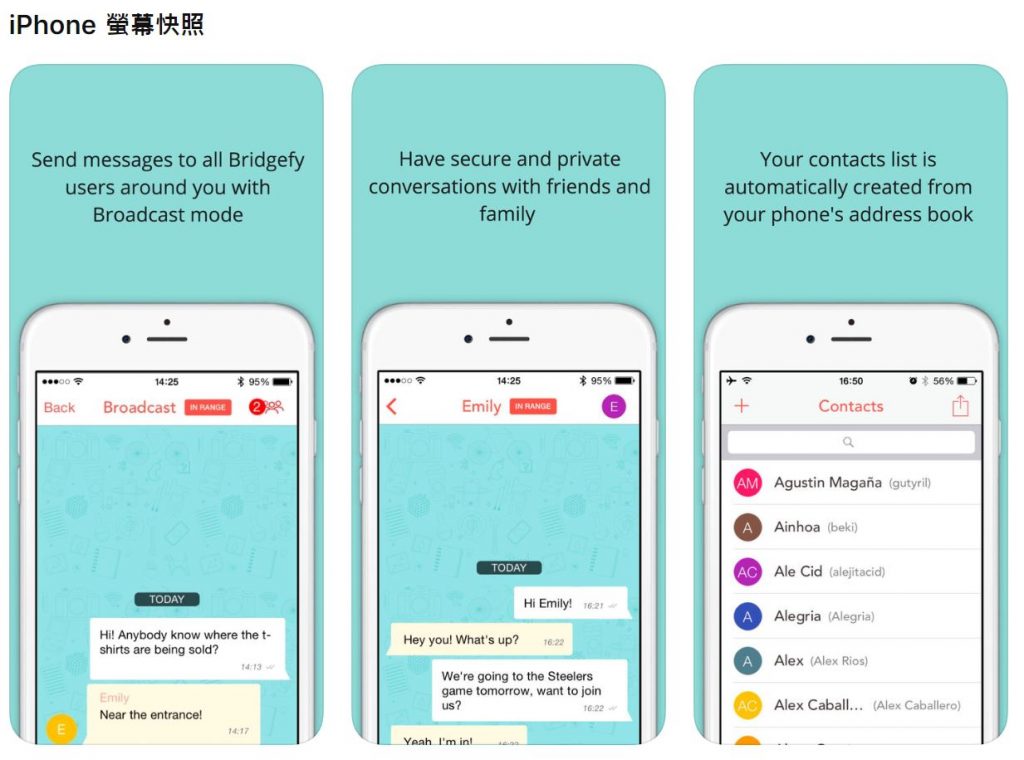 The protestors in Hong Kong, leery of state eavesdropping on digital communications, have been adept at using communications tools not normally associated with activism, like Tinder, Twitch, and Apple's Airdrop (previously). The latter one, being peer-to-peer over local wifi, has particular advantages in avoiding scrutiny, since you have to be physically nearby to intercept a message.

Now, in the same vein, it appears the protestors are using mesh-networking tech -- courtesy the messaging app Bridgefy. It uses bluetooth to let people pass messages from one phone to another within a few hundred feet; and since the app installations mesh with each other, you can daisy-chain messages to recipients even further away, so long as they're inside the mesh.

These days, Bridgefy mostly licenses its backend tech to other app-makers, offering it as way to keep apps working if the Internet isn't available.

But their original messaging app is still available (Iphone and Android), and in the last few weeks Hong Kong protestors have begun massively using it -- with over 75,000 downloads last week alone, according to this interview in Latam List:

LL: How is Bridgefy helping protestors communicate in Hong Kong?

JR: Although we are focusing more on the software now, our original app is still live and available for download. Actually, we use the app to test out our new technology! We have noticed an organic boost in app downloads during massive events like protests or natural disasters because Bridgefy works best when there are more people on the network – the opposite of Wifi or cellular networks.