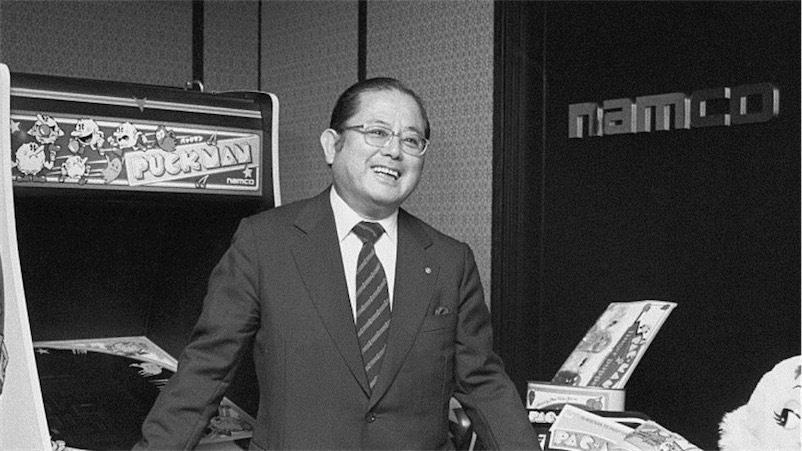 Masaya Nakamura, the founder of Nakamura Amusement Machine Manufacturing Company (Namco) who unleashed Pac-Man fever on Japan and the United States, has died at age 91. Under his leadership, Namco built its business on Galaxian (1979) and Pac-Man (1980) and later console games like Ridge Racer (1983) and Tekken (1994). In 2007, the Japanese government honored Nakamura with an "Order of the Rising Sun" decoration. From Ars Technica:

Namco hit the big time when Nakamura shrewdly purchased the struggling Atari Japan from owner Nolan Bushnell for $500,000—far higher than the $80,000 offered by Sega. The deal granted Namco an exclusive license to distribute Atari's games in Japan for ten years and led to the development and release of original games such as Gee Bee and Galaxian.