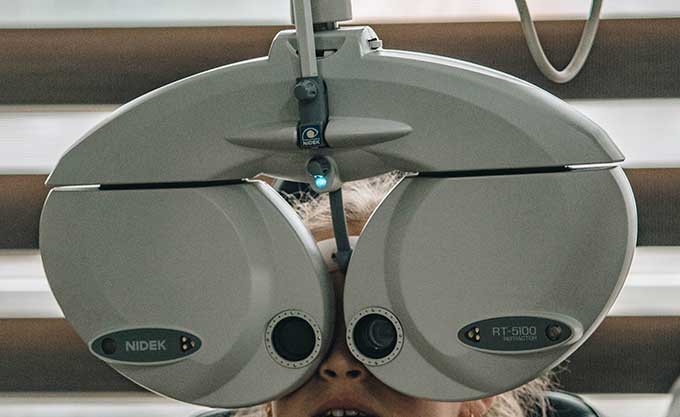 In many countries you can buy inexpensive eyeglasses and contact lenses without a prescription. That's not the case in the United States. In 2016 the American Optometric Association (AOA) spent $1.8 million lobbying and another $1.4 million in campaign contributions to ensure corrective lenses are expensive for Americans, and therefore highly profitable. Yascha Mounk, a contributing writer at The Atlantic, writes in his article, "The Great American Eye-Exam Scam:"

When I last went to an eye exam at a storefront optician in the United States, for example, the staff gave me the hard sell on glasses that would have cost hundreds of dollars, as well as on contact lenses that were much more expensive than identical ones sold by online retailers. Thankfully, I knew that two laws, one passed in 1997 and the other in 2003—which had, incidentally, been loudly opposed by the AOA—gave me the right to demand a copy of my prescription. I stood firm, and later went online to order perfectly fine glasses and contact lenses at a fraction of the price. But how many customers give in to heavy-handed sales tactics?

After reading this article, I ordered one of these vision checkers for $35, so I can test my vision and order eyeglasses online for a fraction of what it costs at a brick and mortar store.

Photo by nrd on Unsplash Read the rest

The IFPI, the global recording industry association, recently released its Recording Industry in Numbers 2012, which provides detailed sales data from countries around the world. Years ago, the Canadian Recording Industry Association would promote its annual sales data, but it no longer does. Perhaps that is because the data tells a far different story from the one CRIA (now Music Canada) seeks to promote. While CRIA talks about "rebuilding the marketplace", the industry's own data indicates that Canada already stands among the global leaders in digital music sales.

The most obvious metric (and one relied upon by IFPI) is paid digital music downloads. According to the IFPI data, Canadians purchased 94.2 million single track downloads in 2011, making it the third largest market in the world (trailing only the U.S. and UK). The Canadian numbers represented a 39% increase in sales, far ahead of the U.S. (8% growth) and U.K. (10% growth). The data shows Canadians purchased more single track downloads than Germany or Japan, and more than double the sales in France, despite the fact that each of those countries has far larger populations. In fact, Canadian sales were larger than all the sales from Austria, Belgium, Croatia, Finland, France, Greece, Ireland, the Netherlands, Portugal, Spain, and Sweden combined. Moreover, given the current growth rates, Canada seems likely to pass the U.S. on per capita single track downloads in about 18 months (not coincidentally iTunes entered the Canadian market 18 months after it debuted in the U.S.).

Michael Geist sez, "This week the Canadian IP Council, the Canadian Chamber of Commerce's IP lobby arm, issued a release placing Canadian counterfeiting costs at $30 billion per year. That figure is being used to lobby the government to enact new border measure provisions that could lead to the searching of luggage as travellers enter Canada. It is tempting to dismiss the claims on the basis that the policy rationale makes no sense - if counterfeit toothpaste is indeed "coming across the border in droves" as the Chamber claims, searching traveller luggage won't address that issue. Moreover, it should be noted that even the Anti-Counterfeiting Trade Agreement features an exception for de minimis imports that an individual might carry as it recognizes that addressing counterfeiting concerns does not involve targeting individuals. Yet given the decision to resurrect the bogus $30 billion figure, it is important to again call attention to its origins and how it is simply a fabrication."