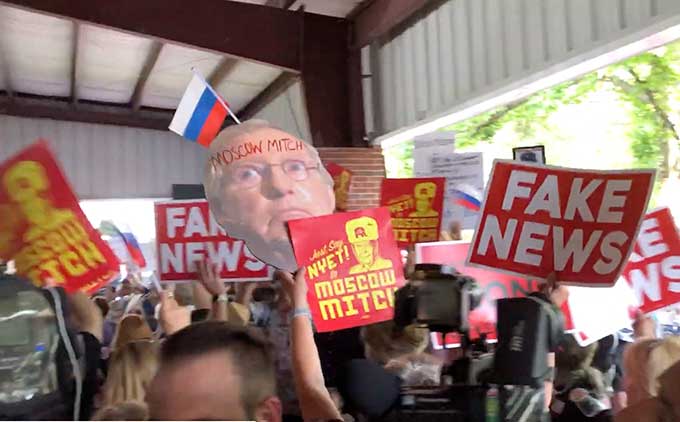 Senate Majority Leader Mitch McConnell earned the moniker "Moscow Mitch" for refusing to protect elections from Russian interference. You can't blame him - Russians want to help the GOP take over the USA, so why would he stand in their way?

In his annual Fancy Farm Picnic speech in Kentucky, Mitch McConnell did his best to remind folks that he's nothing like those strange lifeforms in "California and New York," and is "guy who sticks up for middle America," but most of his soporific platitudes were drowned out by middle Americans who think he's a traitor.