2020 Presidential candidates and their dogs 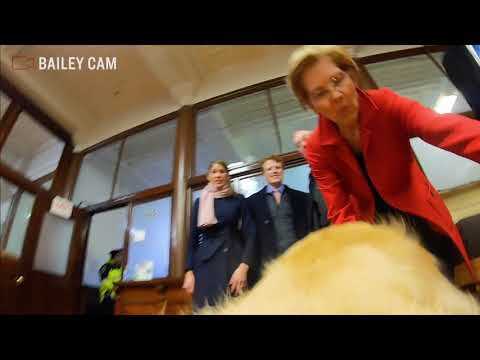 A platform is important, but nothing says more about a candidate than their dog.

Quartz shared this list of 2020 Presidential candidates and their dogs.

I can not imagine surviving this world without a dog.

The Democratic field for the 2020 presidential election is already crowded, with 21 declared candidates, and several more waiting in the wings.

Most are running on similar platforms, promising a reversal of Donald Trump’s climate change–denying policies, better wages for the middle class, expanded healthcare benefits, and electoral reform that would beat back the influence of dark money. But several also have a four-legged secret weapon—a dog.

Trump is the first US president in more than 100 years not to have a dog in the White House, and Democratic candidates who do have one are flaunting their dog ownership, a crowd-pleasing way to put more distance between themselves and the president.

Tapping into America’s deep and growing love of dogs is a politically savvy move. About 68% of all American homes have a pet, the American Pet Products Association reported last year, up from 56% three decades ago, and 62% of all homes have a dog. Dog culture is everywhere, from Twitter account Breitbark News (Home of the #AltBite) that pens dog-based parodies of political events to the televised Philadelphia’s National Dog Show, which drew some 20 million viewers in November.

dogs / pupperoni / put a dog back in the white house