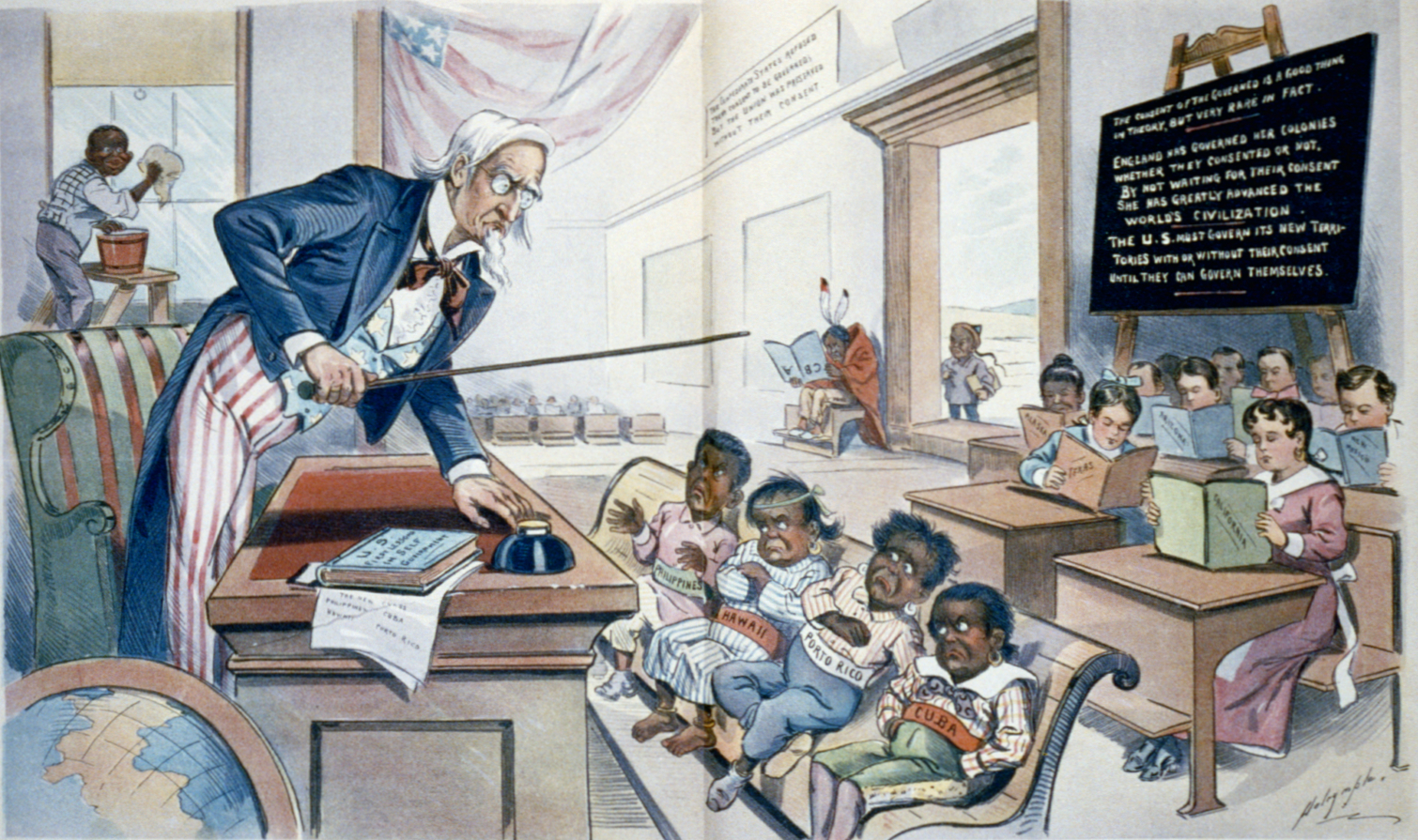 NPR's Throughline had a great recent episode about what's essentially the branding of the American Empire. Host Rund Abdelfatah speaks with Daniel Immerwahr, a history professor at Northwestern University, who the changing ways that America has identified itself over the years.

I always found it kind of strange to say "America" (even though I do it), as it also refers to two entire continents. And I've similarly found it interesting when I hear Europeans refer to the country as "the States." But Immerwahr took things a step further, and traced the history of self-reference through American presidential speeches. Prior to 1898 — the time of our rarely-mentioned war with Spain, which saw American expansionism grow beyond the continental borders and into the Philippines, Guam, Hawaii, Puerto Rico, and Cuba and so on — it was rare to hear a President refer to the country as "America." It could be the Republic, or the Union, or the United States, sometimes even Columbia or Freedonia (like "land of the free people," yes that was apparently a real thing at one time).

Immerwahr smartly connects this to curiosity to the country's intrinsic relationship (and subsequent, neverending identity crises) with imperialism. We were founded on conquered land, and though we aspired to be a union of independent nation-states with open borders and shared currency, that never actually happened. The "free" people of the United States distinguished themselves from the black slaves who tilled their fields, and the various Native American nations with whom they sometimes shared the land. Read the rest

Nelson A Denis is the author of War Against All Puerto Ricans: Revolution and Terror in America's Colony, a highly regarded, bestselling 2016 history of the injustices perpetrated against Puerto Rico by successive American governments starting in 1898 and continuing literally to this present day. Read the rest