TOM THE DANCING BUG: The Truth Behind the Nixonian Presidency of Obama 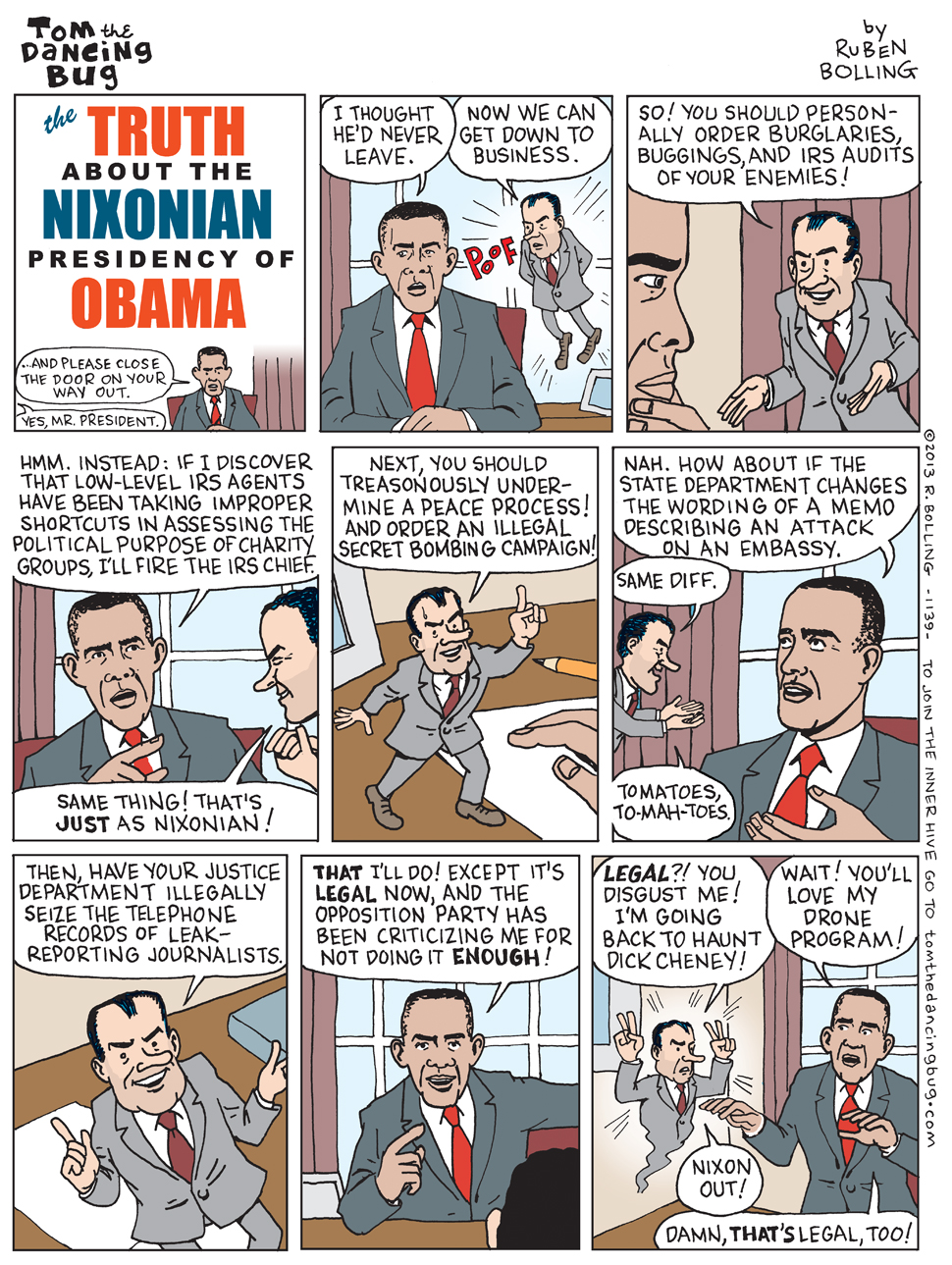 Tom the Dancing Bug's "The Truth About the Nixonian Presidency of Obama," IN WHICH Barack Obama takes advice from his little Dick.

Be the first on your block to see Tom the Dancing Bug, by @RubenBolling, every week by joining the INNER HIVE!

"My only argument with Ruben B. here is his apologetic tone for asking you to pay money for early access to his very good comics -- that is to say, something that YOU LIKE AND WANT. DO NOT APOLOGIZE, RUBEN." -John Hodgman, Charter INNER HIVE member