Real Stuff: "Was My Face Red" 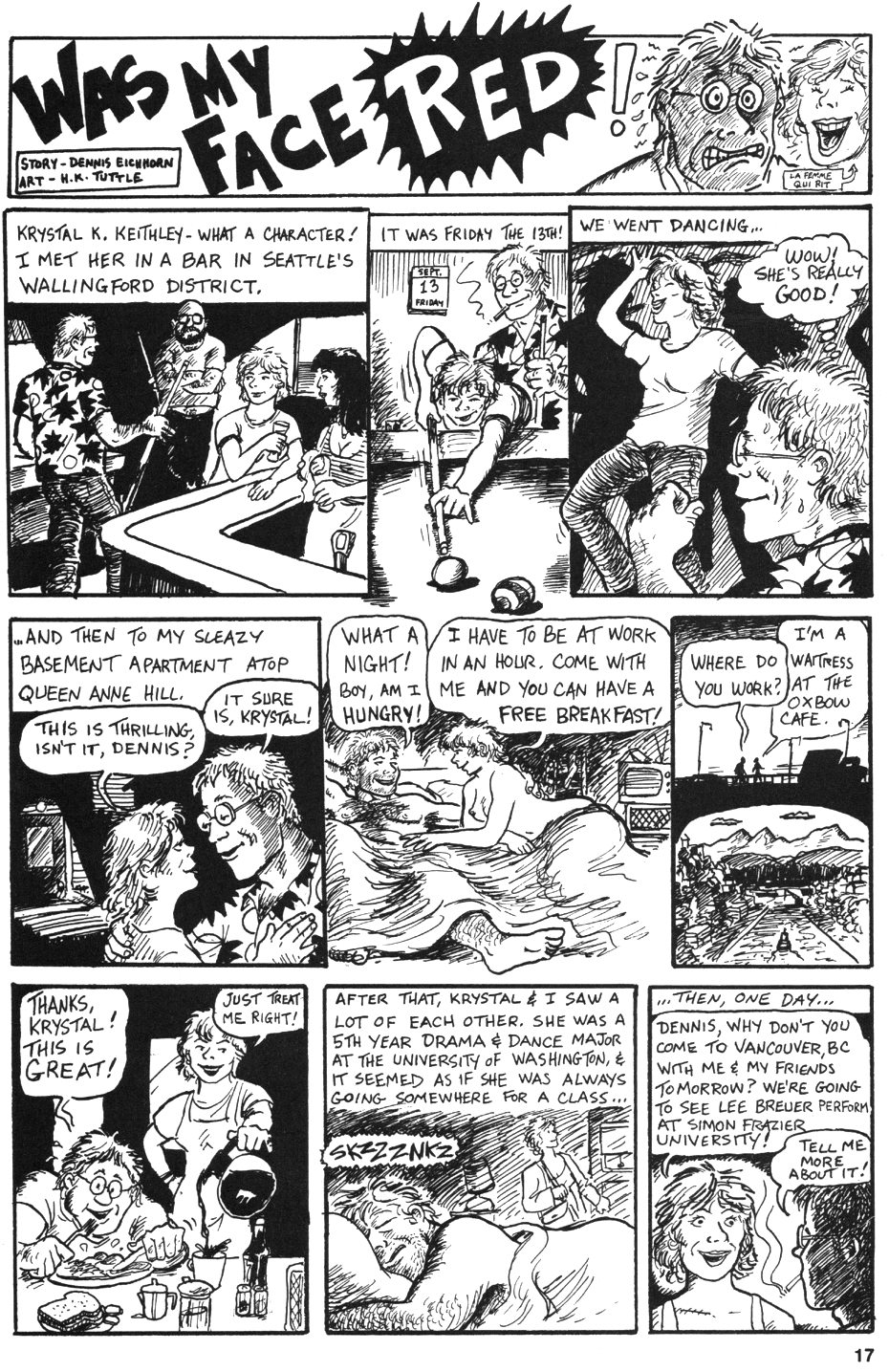 "Krystal K. Keithly -- what a character! I met her in a bar in Seattle's Wallingford district." -- From Real Stuff #4 (Fantagraphics, November 1991).

I’m sad to share the news that Dennis Eichhorn, creator of the autobiographical comic book series, Real Stuff, died on October 8, 2015. Dennis wrote for the bOING bOING zine, and we’ve run many excerpts from Real Stuff, which were originally published by Fantagraphics in the early 1990s.

Real Stuff: "The Strange Saga of Hoggie and the Blossoms"

“Like many other jocks in Moscow, Idaho, I did my drinking at Mort’s Club.” A true story from the 1970s. Originally published in Real Stuff #8, August 1992. Illustrated by Tony Fitzgerald