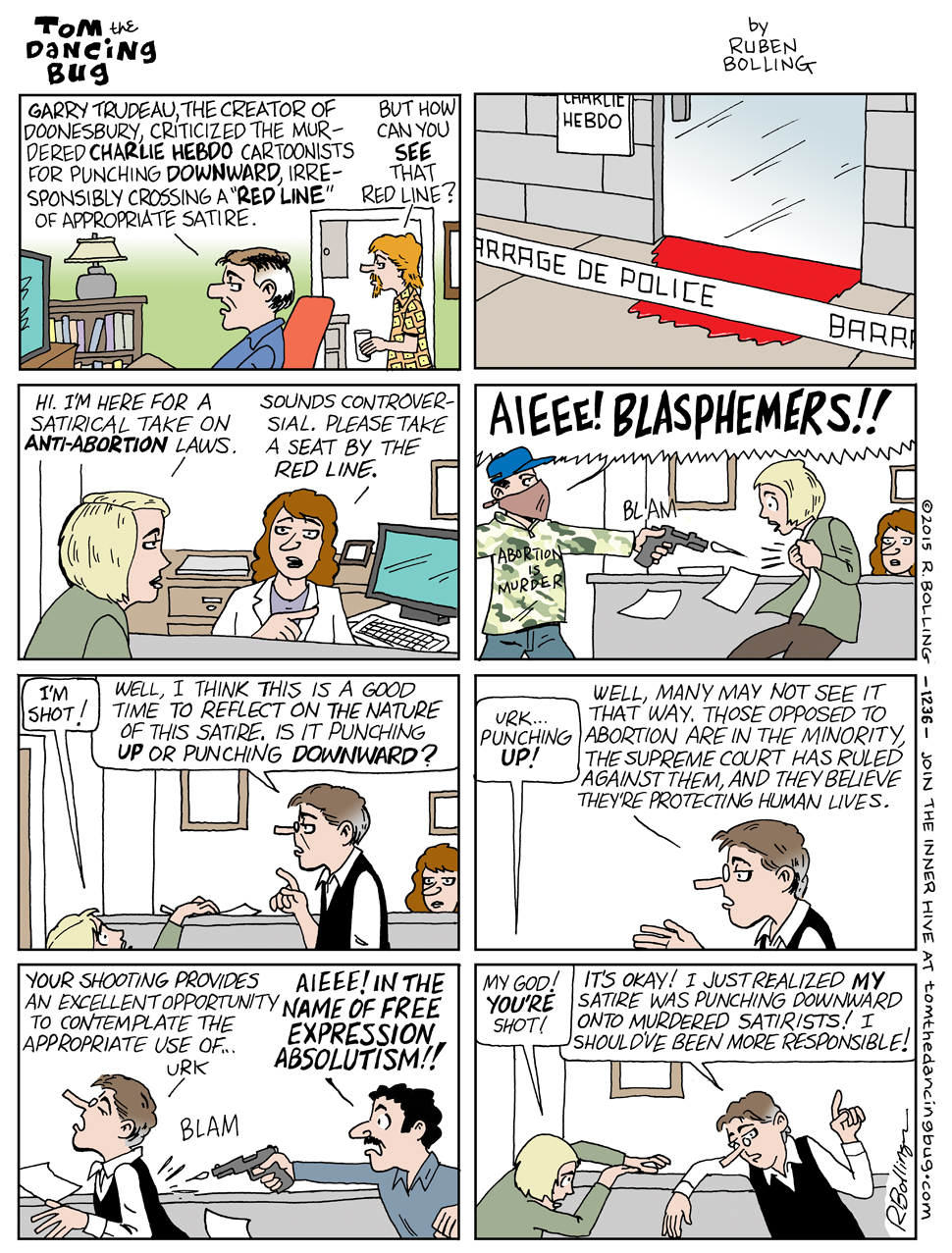 Tom the Dancing Bug, IN WHICH the Doonesbury gang denounces the Charlie Hebdo cartoonists and draws the line for appropriate, non-murderworthy satire.

And, by all means, JOIN the fun to be had in Tom the Dancing Bug's subscription club, the INNER HIVE.

Tom the Dancing Bug, IN WHICH a historical “News of the Times” reports F.D.R.’s dismissal of the Pearl Harbor attack as a hoax

Last week, I made the first book in my EMU Club Adventures series, Alien Invasion in My Backyard, available for download for free. And today the second book, Ghostly Thief of Time, is also available for download. Free. I hope these books can offer some respite, and fun and excitement, for families under the stressful […]