What games must learn from children's books 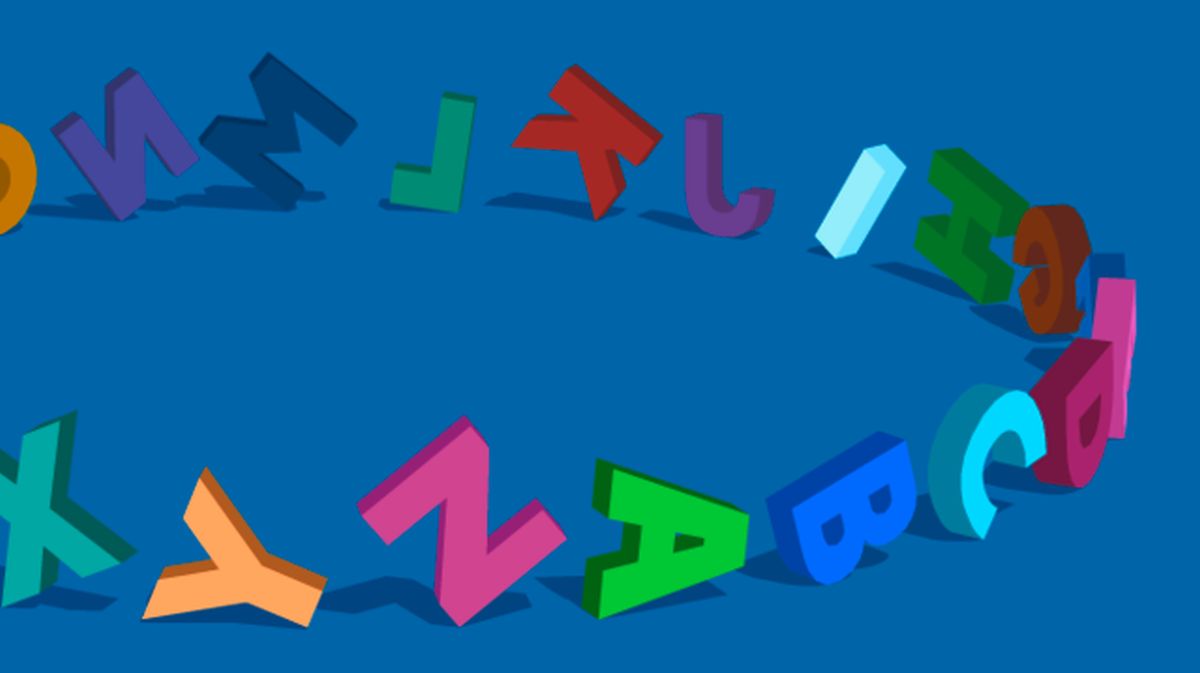 What games must learn from children's books

One of the most playful design choices I've ever encountered is in a book called The Z Was Zapped by Chris Van Allsburg. It's an alphabet book—or, as the subtitle has it, A Play in Twenty-Six Acts.

Every other page of The Z Was Zapped features a gorgeous charcoal drawing, almost photographic in attention to lighting and texture, of something terrible happening to one of the twenty-six letters of the alphabet. The first depicts a chunky Letter A standing on a curtained stage, sporting its serifs quite handsomely as a hail of fat stones cascade down on it from above. The scene will not end well for our Letter A.

Turn the page and you'll find the caption that goes with the illustration: "The A was in an Avalanche." Small black letters on an otherwise blank white page, like some stiff-nosed butler reporting the death of another heir to your great-aunt's fortune. And on the next page, an illustration of a letter B being eviscerated by a toothy dog-mouth.

It's this placement of the text accompanying each illustration that makes the book playful. Because you have to turn the page in order to read the caption, you can't help looking at each picture and trying to guess which letter-appropriate act of violence is being depicted. I showed the book to my partner and they started guessing without even being prompted. "The B was Bitten." "The D was... Drowned?" "The N... Oh my god." (The letter N has about a hundred metal nails sticking out of it.)

Van Allsburg is known best for the book Jumanji, which is about a board game that takes over the house of the two children who play it.That's really very typical of games these days— games are obsessed with control. A digital version of The Z Was Zapped wouldn't let you turn the page until you'd entered the correct word. When you got it wrong, it would blarrrt at you and make you do it over again. Maybe there'd be an "in-app purchase" that would let you see the total number of letters in the word.

What I like about The Z Was Zapped is that, as a humble picture book, it doesn't provide any explicit rules, nor does it make any effort to enforce a guessing game. And yet the reader can't help but engage with the book in a playful way. The trick of The Z is Zapped, and most good children's books, is to invite play, not to try and enforce or legislate it.

Okay, but what do I mean when I use "play" as a noun? My friend Miguel Sicart wrote an entire book on this subject: In Play Matters, he makes statements like "Play is...an activity in tension between creation and destruction." Play is carnivalesque, in that it up-ends the accepted social order. Play is disruptive because it changes the contexts of things. I wouldn't argue with any of these statements, but my definition is a little simpler: Above all else, play is transformative.

A necessary part of transformation is collaboration. When my partner spontaneously transformed The Z Was Zapped into a series of visual riddles, they were working in collaboration with Van Allsburg's book, rather than just consuming a piece of media. Like the stages on which Van Allsburg's letters are splattered by rocks, any piece of media—a children's book or digital game or painstakingly detailed tabletop train simulation - is only a theater in which play is performed. The media does not provide the play itself.

This is the fundamental thing most game designers get wrong. Between tabletop gaming's celebritizing of designers and digital games' ability to function as increasingly perfect score-keepers, we're becoming obsessed with rules. Game designers have become pedant legislators, trying to make sure players are playing our games the right way. We've become obsessed with controlling play.

I can usually gauge whether I'll like a game by how thick the rulebook is. It's an indicator of whether I should expect to be playing with my friends or just playing out the rules. We've started thinking of players not as collaborators but as just a kind of lubrication for the systems we design—essentially passive, even though they may be hitting buttons and pushing joysticks.

The formalist approach to design reveres the game as a kind of mathematical artifact, pure in form and precise in function: A neat matrix of abstract systems in which comfortingly quantifiable values bounce off one another in rational ways. Only in numbers are there truth, formalism tell us. All else lies.

As a marginalized person in a field where I am constantly reminded of my difference, forced to be aware of how my body and identity shape the ways I interact with my peers and with games, I can't think of anything more alienating to me than an e-sport in which depersonalized squares shunt balls at each other.

Games do not exist in a vacuum, as much as we might like to find beauty in the perfection of pure design. It has become clear to me that the lumpy, messy thing we try to smooth out in our iterative design is often our humanity.
I recently updated my witch fashion design game, Be Witching, to remove a system I'd implemented in the original release. In the beginning, the aesthetics the players were designing for were randomly-generated. Flip over a couple of cards and you'd have an earthy, animal-themed aesthetic. The cards would even generate a cute name! House Treecat. It was like the civilizations in Small World! How clever! I felt so proud of it.

These "House cards" (representing different ancestral Houses of magic players represented at the Witch Ball) ended up being a source of confusion and cognitive dissonance for players. You picked a House, but you weren't supposed to design for that House's aesthetic—everyone else was. Somehow everyone else was supposed to design an outfit that was simultaneously earthy and animal-themed as well as curvy and fiery and monochromatic and regal.

At every step of designing this game, I've started with something needlessly overdesigned, and simplified it to something that worked much better. The first prototype of the game that I playtested had a complicated simultaneous bidding system. It was terrible. But the temptation is always of falling so in love with the cleverness of your own design that you're unable to see it doesn't inspire meaningful play.

I replaced the House system with index cards. Players write their own awards on them: "Most likely to succeed," "Most fabulous additional appendage," or (in the last playtest session) "Puppies!!!!!!" Later, each player gives out her award to the player most deserving. It worked way better: Players are interacting with each other by creating prompts for other players to design around rather than fiddling with a self-important system.

I've been slowly unlearning design, restraining my instincts to shout at players, "Look! Look how clever this is! No, do it this way!" And I get why the instinct to control the player's experience, to make sure they're playing the right way, is a powerful one, especially in (for example) a super-competitive mobile market.

But I quit Simogo's acclaimed, puzzlebook-inspired Device 6 after two days when I couldn't be bothered to figure out the password to pass level three. Yet I owned Nick Bantock's physical puzzlebook, The Egyptian Jukebox for at least six months before I finally solved its central riddle. And it was amazing: I reread its stories, pored over its pictures many times before discovering the secrets hidden in them, solving the book in a single long evening of note-taking and creative breakthroughs.

(Not to pick on Simogo, though, I really liked their more open-ended The Sailor's Dream, which never requires you to stop and deduce a password from diagrams of flowers.)

Guess which of the above kinds of play made me feel like my time was being wasted? It's the one where the game was hovering over me, saying "Look at this. Okay, now solve this puzzle. Good, now read this. Solve this puzzle. Wrong, do it over." Meanwhile, I can play Offworld favorite Metamorphabet for hours, endlessly setting that robot R on its back and watching as it rights itself and starts running again, and feel like i'm spending my time meaningfully.

If there's something for game designers to take away from less rules-obsessed media like The Z Was Zapped or The Egyptian Jukebox—or even more recent children's books like Ella Bailey's No Such Thing, where a little girl tries to disprove the existence of ghosts while all along the reader spots ghosts hidden on every single page—it's this: stop getting in the way of play. And let players play, already.