You don't really know someone until you steal their sketchbook 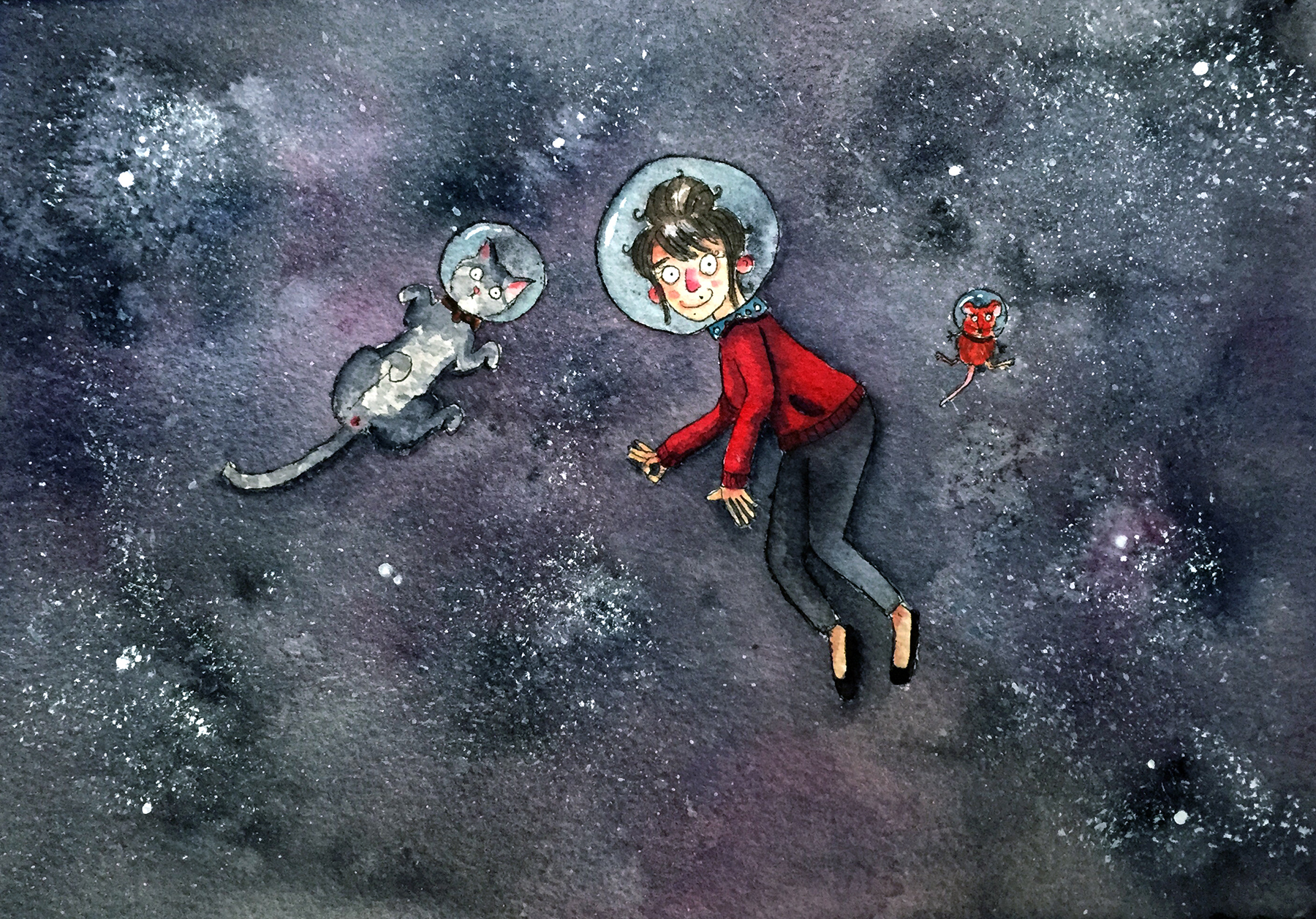 You don't really know someone until you steal their sketchbook

Check out the amazing spare-time artwork of Aude Lising

See Michael, a passionate collector of artifacts and designer of unique puzzles, at Boing Boing's three-day extravaganza, the Weekend of Wonder, running Sept. 18-20. A weekend of workshops, tech demons and wild performances, there'll be plenty of fun surprises!

There are people that I pass in my neighborhood each and every day and though I wave and smile, I have no idea who they really are.  But to me, that seems pretty normal because I can’t be expected to know everyone, right? I mean, it’s not like I’m that way with people I see every day at work…or am I?

I've been doing what I do for a long, long time and I've literally seen hundreds of designers come and go. For the last few years I've tried not to get attached to coworkers because I just don't like goodbyes.  What I've been noticing lately is that because I've closed myself off, I'm definitely missing out!

I’ve worked with Aude Lising for over 3 years and I just now found out that she is a sketch artist, a painter and she's a whiz with embroidery. I was just introduced to her spare time art, and now that I have it in my possession, she has agreed to let me share with you.  She and I haven't talked too much about the individual pieces but for the most part, they sort of explain themselves.  To me they are thoughtful, unique and tell a humorous story of the things that she loves in life.

Many of her pieces are self portraits, so if you see a cartoon of a brunette with a beauty mark,  you'll know that it's Aude you're are looking at.  Just a warning...Aude sometimes animates as well.

Aude is known to some as The French Fury and creates her artwork to make herself laugh. Though she may appreciate that I enjoy looking at it too, the driving force in her is simply that she is an artist and she must create.  It didn't take too much time with her art to get an idea of what makes her tick.  You can really learn a whole lot about someone from rooting through their sketches and personal belongings.

This image for example, is called Ginger Magic.  She makes no bones about it.  She is attracted to ginger haired dudes and fluffy ginger haired dogs.  And as we can clearly see, Aude multi-tasks with the best of them.

Okay.  We now know that she likes dudes with red hair.  What else can we learn?  This image is called, "Swoon" and it brings about some questions because there are some new contextual elements at work.  There's a whole lot going on here but figures 2 and 4 are especially interesting to me.  Aude allowed me to ask one question about this page.  When I asked if she liked dudes with hairy legs she answered, "I like dudes with hairy anything!"

Well, that explains all of these images doesn't it?  Aude is an open book...

And because she is an open book, we now know that she also likes hairy legged blonde dudes who can rock a hula hoop as well!  And do you know what?  I think that there's nothing wrong with that.   Everyone has their own thing.

This guy is just Aude's neighbor.  Aude doesn't necessarily "like", or fantasize about him. Heck, she doesn't really even know him.  She just waves to him every morning on her way to work...and this is just what I was talking about.  If I hadn't stolen Aude's sketchbook in the first place, I never would have learned this about her.  We have so much in common!

I'm not sure if this is a fantasy, Aude's neighbors or a combination of the two.  Any way you look at it though, I have fun just viewing this.  Now that I know so much about Aude, I'm going to play reverse-matchmaker for a moment.  If I had to pick one of these guys that Aude wouldn't date, it'd have to be the bald bodied one on the left.  That guy has absolutely NO chance with Aude.

Just so you know, Aude hasn't made any edits in this article so far so I think I've been pretty darned accurate!

Just look at Sharkbacca!  That's not what she named this piece...but I think she should have.  Looking through Aude's eyes for a moment...I am realizing that with all of that hair, Sharkbacca is WAY HOT!

I think I'm getting good at this.

From what we've learned so far, I think I know the story on this guy...the story here is that a young, hairy suitor is knitting Aude a comfy sweater from his sexy body hair.  This is so that even when she isn't with her mystery man she can feel his warm, hairy embrace. This idea is both creative and practical so kudos to Aude!

Now, even though it may seem so, Aude's art is not all about hairy guys. Here we get a small glimpse of her highbrow humor.  I get it!  Number 2!  Like a humor onion, there are layers that sometimes need to be peeled back.

And then there's the embroidery.  I don't know anyone else that does embroidery in the way that Aude does.

One day Aude asked me what my spirit animal was and of course I told her that mine was a white wolf...what else would it be right?  The next day she came back to me with a patch that she designed for a race that we were in together.

She actually made one of these for each person on our team and incorporated our favorite numbers in them to boot.

And then there are the embroidery portraits.

SLUG PROM was the coveted White Elephant gift at our Christmas party this year. From the outside, it just looks like a diary that you may or may not want to read, but inside is a daisy and astroturf world with just one resident - an embroidered slug.

I don't understand this piece any more now than I did then.  But I do know that I'm still upset that I didn't win it.

It is beautiful art on so many levels.

I've learned a whole lot from stepping outside my comfort zone with Aude.  Sure, to get here it felt a bit like prying open the lid to a trunk I didn't belong in but it was worth it.  I think that from now on I'll ask a few more questions to the people I work with and if there's a sketchbook just lying around, I'll do some poking.

I'm still not going to be any friendlier to my neighbors though...I have to draw the line somewhere.