The problem with vintage magic posters 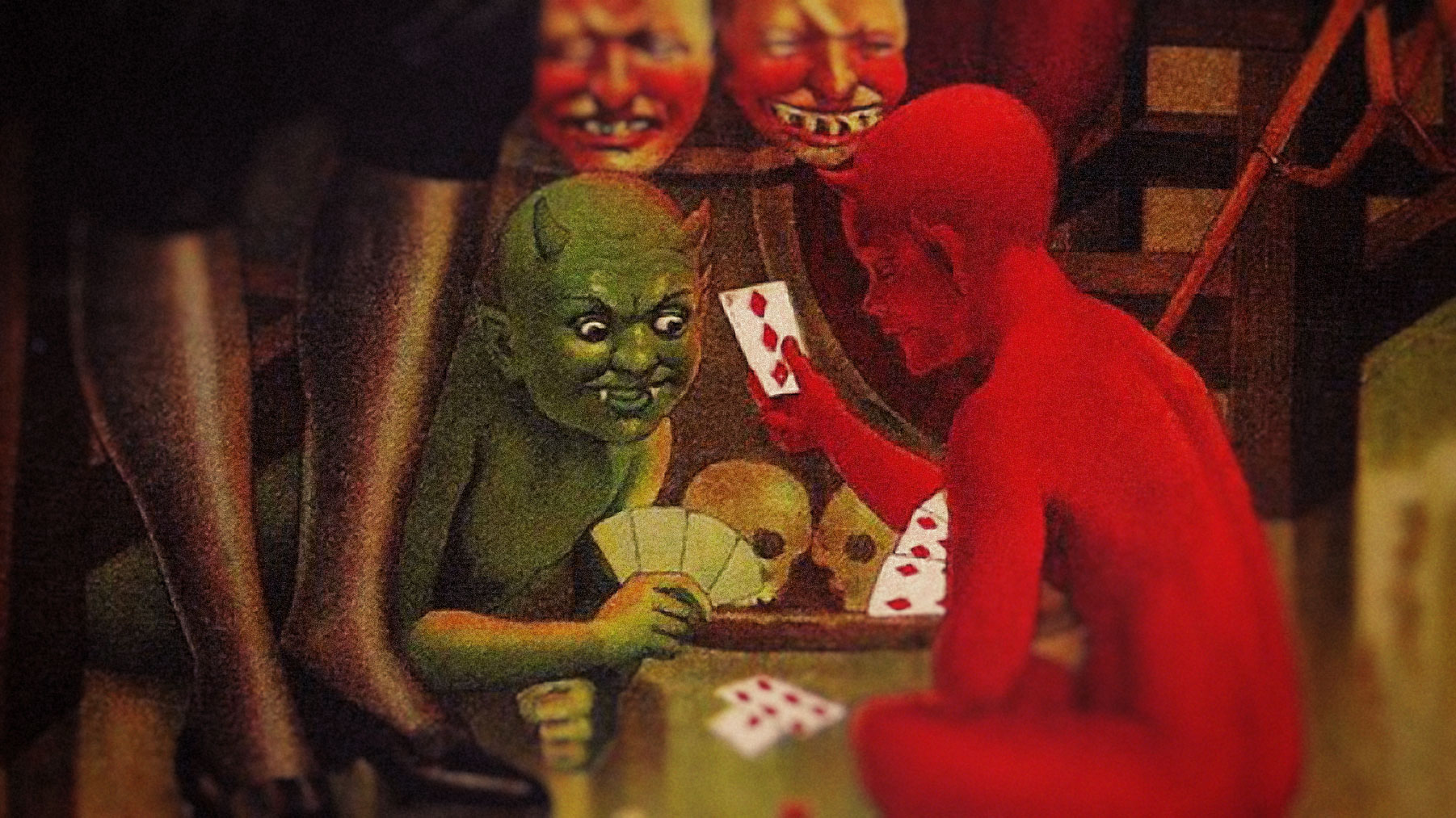 The problem with vintage magic posters

Owning vintage magic posters is lot like having tattoos. Once you have one, you only want more and there is no way to fill the void.

If you are like me, and you can get over the fact that the content is usually demonic, you love being around vintage magic posters.

This is especially true when they're from magic’s golden age, which spanned from 1890 – 1930. To the magicians portrayed in them, they served as static commercials that would hint at what might be seen in their shows.

The posters were created using a printing method from the late 1700’s called stone lithography. Here is how it worked:

1) An artist paints on a large slab of limestone with a greasy substance like lindseed oil.

2) The artist wets the limestone and the parts of the stone void of oil picks up the water.

3) An oil-based ink is rolled onto the limestone.  The lindseed oil picks up the ink and the water repels it.

4) Paper stock is pressed onto the limestone slab and the ink is transferred to it.

This process was repeated with a new slab of limestone for every color of the poster. With so many variables of ink application and paper placement, no two posters ever turned out exactly the same and they were all unique and fragile works of art.

It's simple to understand that because of the printing process and their age, vintage magic posters don't come cheap.  If you don’t want to spend the cash on the real deal, there are print houses like Zazzle that do a great job with providing more affordable reproductions. But if you are interested in only vintage pieces, join me in my quest to fill the un-fillable void at Nielsen Magic or Magic Posters.

Because the artwork in the posters is so colorful, bright and vivid, they fit pretty much any décor and can pair with unexpected things. Here, Carter Beats The Devil plays nicely with a cuckoo clock and some eclectic inks.   And even though the posters are visually stunning, it's not the whole reason I love them so much.  My interest level goes way up when I learn stories about the magicians themselves.

This poster is called Alexander The Crystal Seer and it was printed in 1920. The magician was a mentalist and invented a number of electrical stage effects that have lead to modern ones used today.  More interestingly though, he had more than one wife at a time and was locked up in jail on least 2 separate occasions for some pretty serious crimes.  Alexander went on trial for extortion and was even a whiskey bootlegger.  On top of all that he was a con-man who admitted to killing 4 men! How can you top story-fodder like that?

While many of the magicians have entertaining stories around them, sometimes it's the trivia behind the posters themselves that draw my attention.  Interestingly, George’s “Triumphant American Tour” never actually got off the ground because his rival Howard Thurston told theater owners that if they booked George, they'd never have Thurston perform at their venue again.  Since Thurston was the preeminent illusionist at the time, George was choked out of the biggest theaters and had to find a new way to keep his show alive.   George took his show to other countries and consequentially, most of the posters for his American show were never picked up from his printer, The Otis Lithograph Company.   Thousands of George's posters were eventually purchased and stored by a magic dealer who also happened to be named George and they didn't resurface again until they were found in a barn in the 1980's.  In the end, if it wasn't for Howard Thurston being so paranoid of George's magical talents, we wouldn't have access to so many pristine posters of Grover G. George!

And while I love George's poster style that displays the complex array of effects one might see at one of his shows...

I really appreciate the simplicity of Harry Kellar's posters.

How confident must he have been to be able to keep his poster that simple?  He didn't even have to put the full name of the trick which was the "Levitation of Princess Karnack". That is self assuredness. As a side note, Kellar didn't even come up with the illusion in the first place.  He bribed the creator's technician for the secret and became famous for creating and performing it.   It was John Nevil Maskelyne that actually came up with it along with other magical effects that are still performed to this day.   Another interesting thing about Maskelyne is that he also invented the pay toilet.  Sure pay toilets aren't very magical but it's pretty interesting just the same.  All that history learned from a poster that simply has the last name of a magician and the word "levitation".

To me, the vintage magic poster will always be one of the greatest forms of high art.  The fact that these old pieces defy the odds by simply existing gives me the chills.  I just wonder how long they'll hold out. There aren't enough days in a lifetime to collect or enough wall-space in my home to display these magic posters that I love so much but that won't stop me from trying.

By the way, I don't actually have a tattoo but if I did, it would be of a tiny imp who whispers other people's secrets into my ear.