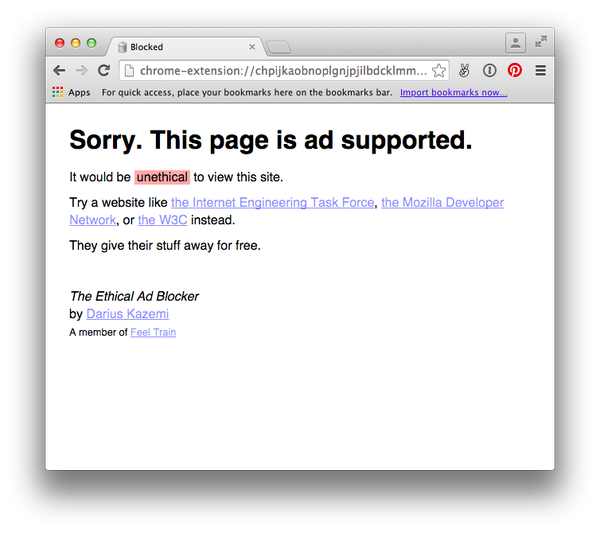 Yes, advertisements on websites are annoying at best, but they're also a large and important part of how websites make money so that they can keep providing you with sweet, sweet content. So what's an ethical person who desperately wants to install an ad blocker supposed to do?

Fortunately, Darius Kazemi of the creative tech cooperative Feel Train has a solution.

"The Ethical Ad Blocker is a Chrome extension that, when it detects advertising on a website, blocks the entire website," writes Kazemi. This way, the user doesn't experience ads, but they also don't leech free content. Everybody wins. Download it today!"

South Dakota Republican Governor Kristi L. Noem spent $449,000 (more that $0.50 per resident of South Dakota!) on a campaign to educate state residents about the state's program to address its methamphetamine epidemic. That campaign's slogan? "Meth: I'm On It."