Why you should read "Material," by Ales Kot and Will Tempest 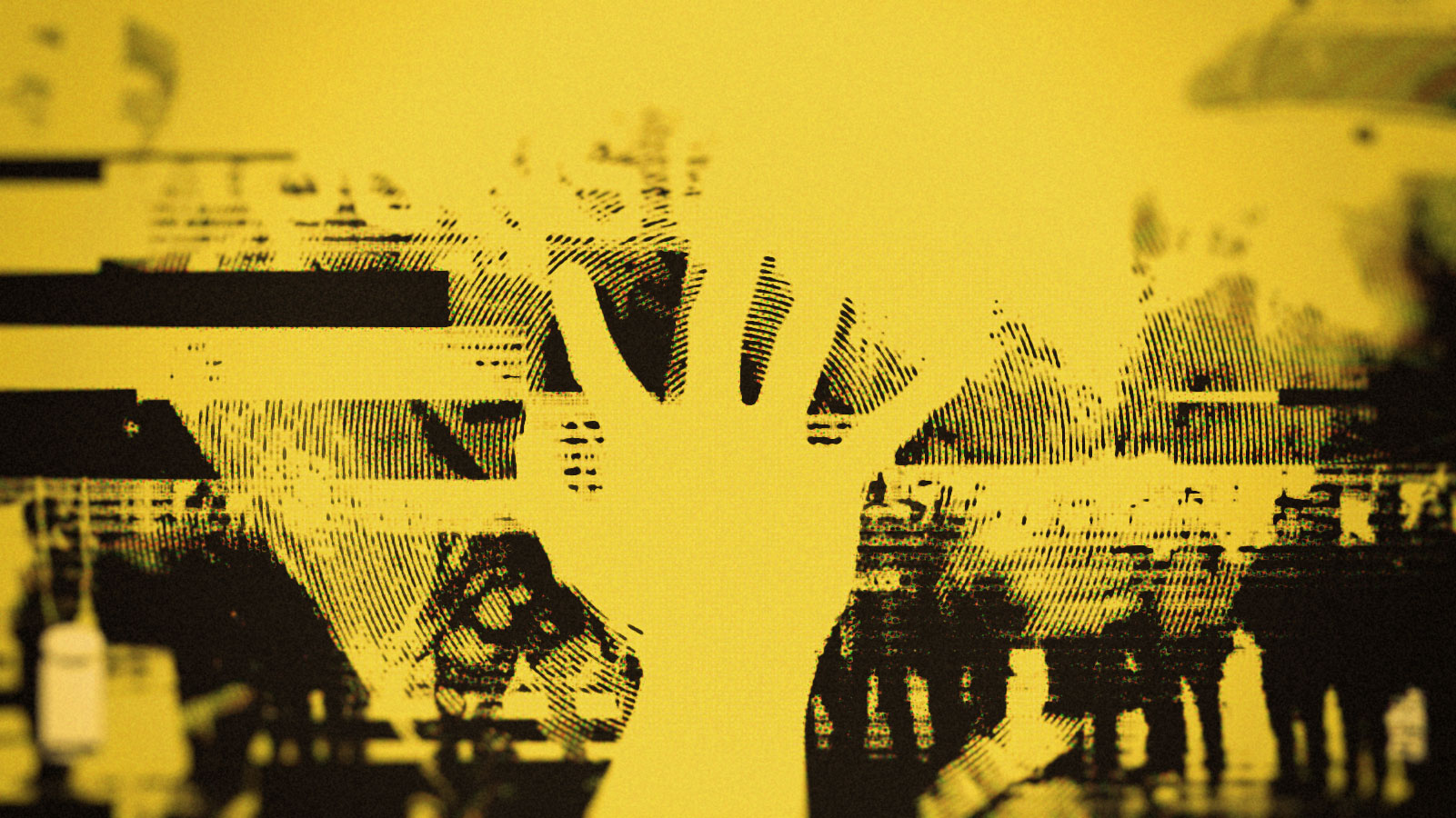 Why you should read "Material," by Ales Kot and Will Tempest

Download the first chapter free of charge, complete with CONVULSIONS AMONG THE LILIES, an essay by Bijan Stephen.

Material, Volume 1 is available from Amazon and excellent bookstores and comic shops.

I know, I hate it too. It feels like a discursion from the main event, a distraction from the central text that interrupts the flow of the story and makes it difficult to pick up where you left off. Footnotes are dense, often maddeningly obscure, and frequently reference other information you need to seek out to understand the basics of what’s going on.

And if I hadn’t read the footnotes, I would never have found the Chicago Police’s warehouse for incommunicado detentions and interrogations — which, it turns out, features in Material.

My path to the warehouse started when one of my editors at The Guardian, the news organization where I work, asked me late last year to read a manuscript from a man detained at Guantanamo Bay detainee named Mohamedou Ould Slahi before we published excerpts from it. He wanted to see if I could find any non-obvious news lines to pursue. I found one in a footnote.

Slahi is among the most brutalized detainees in Guantanamo history. His captors stuffed ice into a jacket placed on his bare chest while

they punched and kicked him. In addition to the now-familiar noise bombardment and “stress positions”— a euphemism for contorting someone’s body painfully — they threatened to kill him and rape his mother. The footnote said that his interrogations leader was, in civilian life, a Chicago police detective. I wanted to know what someone capable of torture at Guantanamo did as a lawman at home.

I grew up in Brooklyn and primarily report on national security. I didn’t know Chicago and its history. But as I found Chicagoans who accused this same detective of abusing them, Chicago activists, criminologists and lawyers taught me about the Windy City’s history of racialized policing. One of them, at the end of a two-hour coffee, offhandedly mentioned that the Chicago police even had an off-the-books warehouse where they held and questioned people without access to attorneys or public notice of their locations, effectively disappearing them.

In February 2015, I exposed the interrogations and detentions at Homan Square. By May, amidst police non-denial denials, I had published accounts of a dozen people who had been held there.

By August, a transparency lawsuit I filed against the police resulted in a very incomplete and initial disclosure from their own records: over 3500 people had been held there over a decade; 82 percent of them were black in a city that’s 33 percent black; and only three of them received documented visits from an attorney. My lawsuit, and the disclosures, continues as of this writing.

Social media brought Homan Square far and wide, even as the Chicago press preferred to report on it dismissively or not at all. Both of those developments might have been expected. Seeing Homan Square in Material was not.

We in America are living in a moment in which it is harder than ever before to ignore the ways in which law enforcement monitors, harrasses and kills black and brown people without consequence. (That’s thanks in large part to social media, which makes racialized police brutality unignorable to Twitter-addicted mainstream white journalists, prompting coverage of something until recently very frequently ignored.) Yet if you read comic books, as I have since I could read, you would not know any of this is happening.

There are no superheroes jumping off rooftops to stop Cleveland police officer Timothy Loehmann from shooting 12-year old Tamir Rice dead. No telekinetic is tearing open incommunicado police detention warehouses with her mind. As the real-life vigilantes kill black teenagers armed with Skittles and iced tea, the make-believe vigilantes — mostly white, mostly written by white writers, for an audience assumed to be default white — move along with nothing to say.

The exception is Ales Kot and Will Tempest’s Material.

Material is a confrontational and challenging work. It is not easy to follow: you will go from MIT lecture halls to Hollywood production meetings to Homan Square to the aftermath of Guantanamo Bay detentions. You will very likely be disoriented, unsure how the pieces fit together, and perhaps even suspicious that any connective tissue exists. But you are unlikely to miss the undercurrent that runs through each of Material’s characters: anxiety, displacement, the doubt that rises like stomach bile in your throat at the sensation that the reality you perceive conceals more than it reveals.

Pay close attention to Tempest’s colors. Stark, garish and mutating from panel to panel like a flashing light, they are your guide through the story: what belongs, what does not, what connects, where the focus lies.

The complex nature of the storytelling amplifies how disturbing this story is. Kot is allergic to euphemism. When his story needs to be direct, as when he shows you police brutality, it is raw and frightening, and there is no false balance that diminishes the enormity of legally sanctioned crime. Material stands out of its own way, leaving nothing between you and the baton.

But the real place where you find Material’s urgency is in the footnotes — the margins and gutters between panels. Do not skip them. They mortar the story to reality. In an age where people protest the erasure of stolen lives through the #SayHerName hashtag, Material puts their names — Rekia Boyd, Rumain Brisbon, Eric Garner — in the story. It is a sad testament to the squandered potential of comic books that the simple act of recognition feels groundbreaking.

To skip the footnotes is to miss the real story. Don’t turn away from why Material matters

Note: I wrote this essay before Scott Snyder, Brian Azzarello & Jock tackled the intersection of police racism & gentrification in Batman #44, an important comic. Accordingly, I interviewed the creators about the book for The Guardian here.