The word "software" sounded ridiculous when it was coined in '53 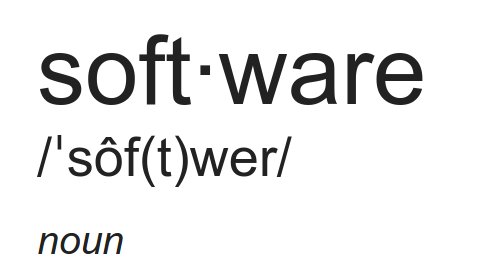 Computing pioneer Paul Niquette's memoir begins with the tale of how he came to coin the term "software" in 1953, to the ridicule of his colleague, and how the idea of a computer whose code was separate from its machinery took hold and changed the way we think about computation forever.

When I first said 'software' out loud, people around me said, "Huh?" From the very beginning I found the word too informal to write and often embarrassing to say. Nevertheless, with smirking trepidation I did occasionally feature the word 'software' in speeches and lectures and media interviews throughout the fifties.

It was just a throw-away thing. The word 'software' was hardly my most notable invention, even back then. Nothing to write home about (I was only 19 years old and still living at home). The word 'software' did not belong in a technical paper (besides, an undergraduate is but a ghostwriter for principal researchers). Then too, I had a reputation at UCLA as a practical joker. Colleagues and friends simply shrugged, no doubt regarding each utterance as a tiresome prank or worse, another offbeat neologism, for which I was also becoming noted.

Nobody in 1953 would have guessed that the silly word would take hold, that within a few decades 'software' would enter the general vocabulary for products and for professions -- that a worldwide industry would wear it as a solemn name. You can be sure that if my ego and I had harbored any such glorious visions, then... then, what?