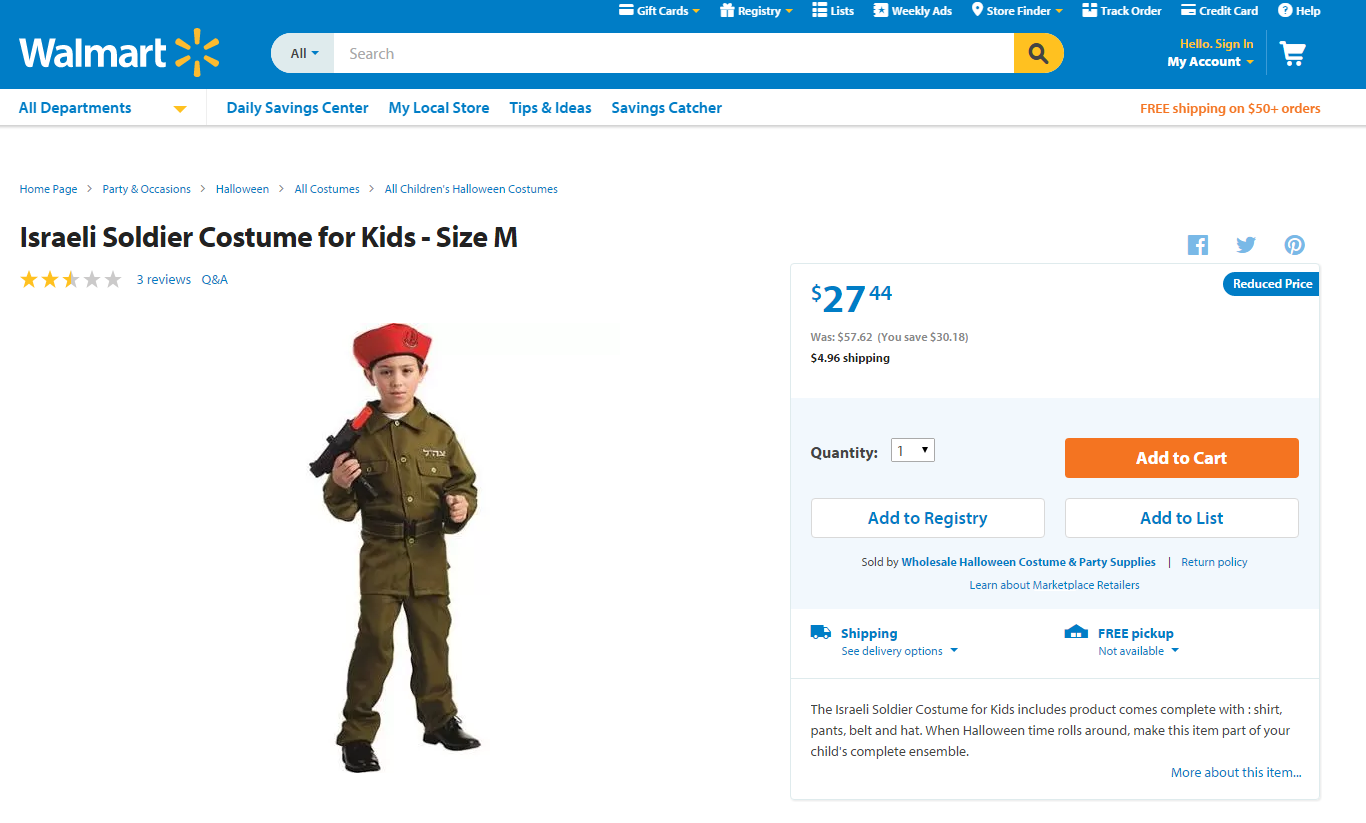 Complete with an adorable toy Uzi, the $27.44 Israeli Soldier Costume comes in various sizes of small and features a red beret, belt, and fatigues with Hebrew text on a lapel pocket.

It's off the shelves, sadly, following a furore this week, but it's all over eBay.

Critics, including anti-discrimination groups, said the sale of the costume amid a series of deadly attacks and clashes between Israelis and Palestinians was in extremely poor taste.

"Walmart is promoting occupation and the killing of innocent children this Halloween," tweeted author Max Blumenthal, along with a photo of a child receiving emergency medical care.
…

Removal of the costume also drew notice from the other side of the political divide, with a commenter on the InfoWars website saying, "I would not let my kid dress up in an Israeli military costume but for another reason -- I don't want some racist nut job stabbing him or her."