Neurosurgeon had brain-computer interface installed in his own head 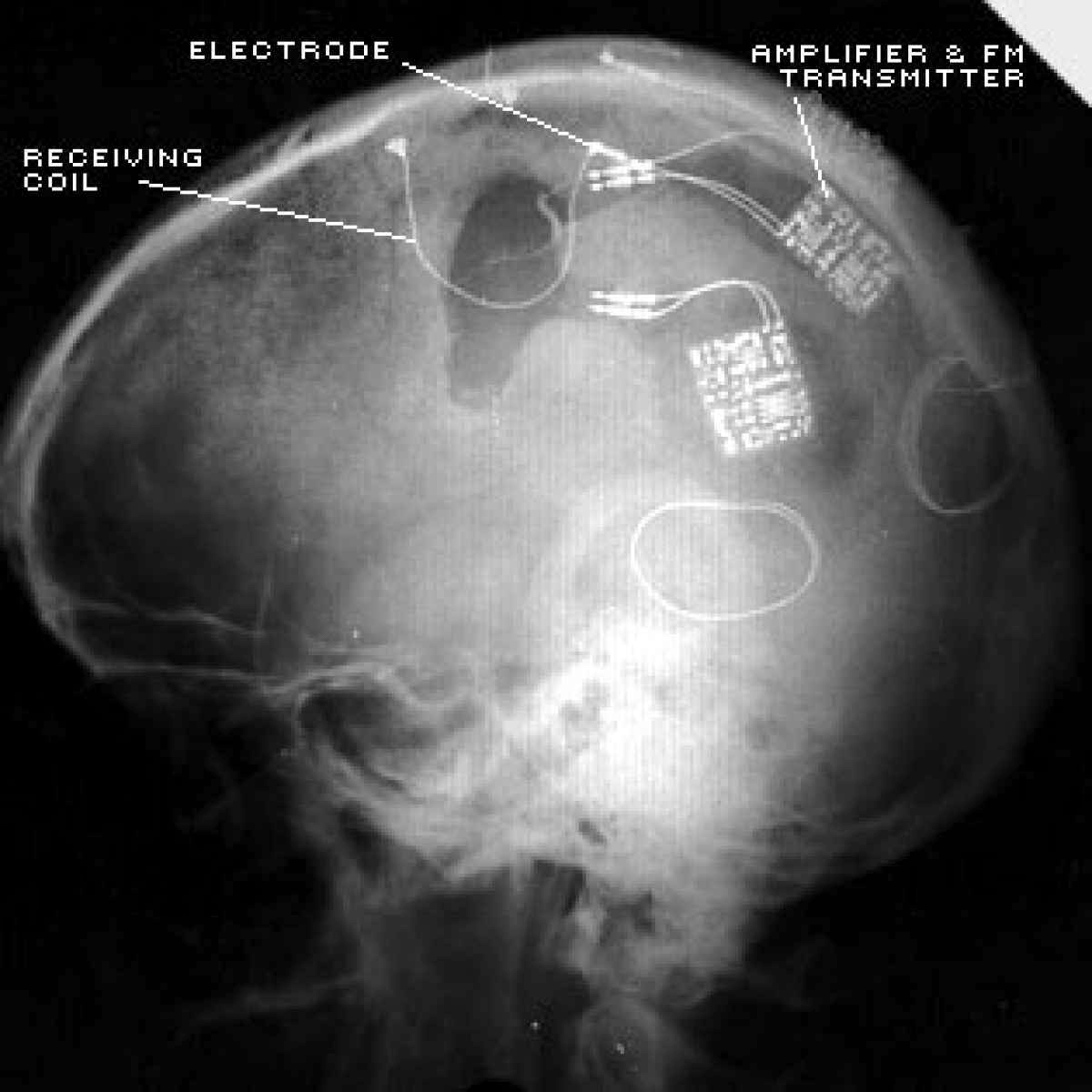 Neurosurgeon Phil Kennedy, a pioneer in brain-machine interfaces that enable "locked-in" patients to control computers with their minds, is trying to build a system that will translate imagined speech into computer speech so that severely paralyzed people could "talk" just by thinking. He couldn't find the right research subject to work with and even if he did, the FDA, concerned about prior experiments, wouldn't approve his company, Neural Signals, to do more implants. So last year, Kennedy flew to Belize City where a surgeon implanted electrodes in the scientist's own brain. After two very risky surgeries, he was able to start his experiments on his own brain's data. From Technology Review:

Kennedy says his early findings are “extremely encouraging.” He says he determined that different combinations of the 65 neurons he was recording from consistently fired every time he spoke certain sounds aloud, and also fired when he imagined speaking them—a relationship that is potentially key to developing a thought decoder for speech....

There was one major disappointment. Kennedy had hoped to live with the implants in his brain for years, collecting data, improving his control, and publishing papers. But the incision in his skull never closed entirely, creating a dangerous situation. After a few weeks of collecting data, last January Kennedy was forced to ask doctors at a local Georgia hospital to remove the implants. The bill came to $94,000. Kennedy submitted the claim to his insurance company (he says it paid $15,000).


Kennedy attributes this setback to his decision to build the electrodes extra large and install them at an unusual angle so they would be easier to work with—a decision he now believes was a mistake. “But I got away with it, so I’m happy,” he says. “I had a few bumps and bruises after the surgery, but I did get four weeks of good data. I will be working on these data for a long time.”

"To Study the Brain, a Doctor Puts Himself Under the Knife" by Adam Piore (Technology Review)