People in Victorian England were fanatical about kaleidoscopes 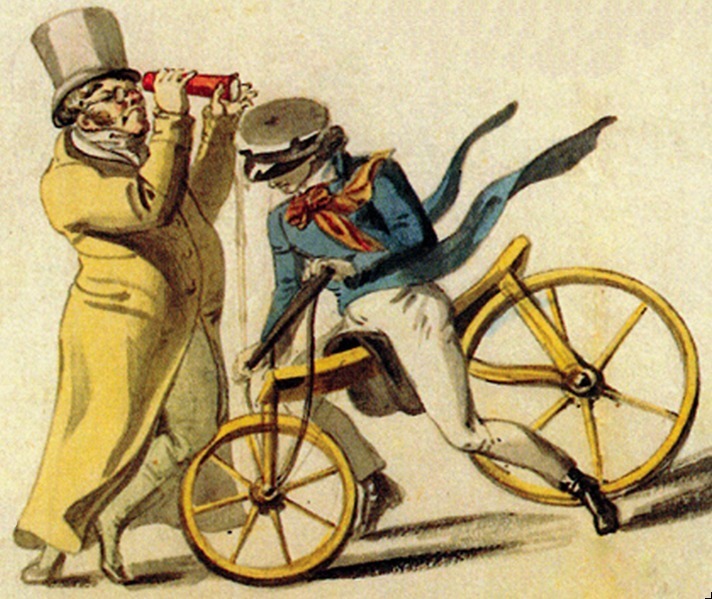 When the kaleidoscope was invented in 1816, it triggered a mania in England. People who couldn't afford their own would pay an enterprising street hustler a penny for a glimpse into the phantasmagorical mirror world. In the illustration above, a gentleman in the street is paying attention to his kaleidoscope instead of the street traffic and collides with a hobby horse rider. One writer of the time called the kaleidoscope one of the "most important inventions and discoveries of our time."

Atlas Obscura has an article about the Victorian kaleidoscope craze, which includes this paragraph about a man who felt betrayed by the device:

A playwright and philosopher in Victorian America, R.S. Dement, recalled the moment he discovered what was inside a kaleidoscope as a child. Writing 61 years after the kaleidoscope had initially been brought to market in the UK, Dement said that he was originally fascinated by the reflections of colors bouncing around in various symmetries; but upon taking the kaleidoscope apart, he discovered nothing but "numerous pieces of colored glass, without symmetry, unsightly in themselves, have no connection with each other and but very trifling value." He felt betrayed, "deceived into believing that what he saw was at least the shadow of something real and beautiful, when in truth it was only a delusion."

Sure, the sound of the kid colliding into the trash bins is fake but it's still pretty funny! Previously: Deer performs classic drum fill from Phil Collins' "In The Air Tonight" (Kottke) screengrab via YouTube