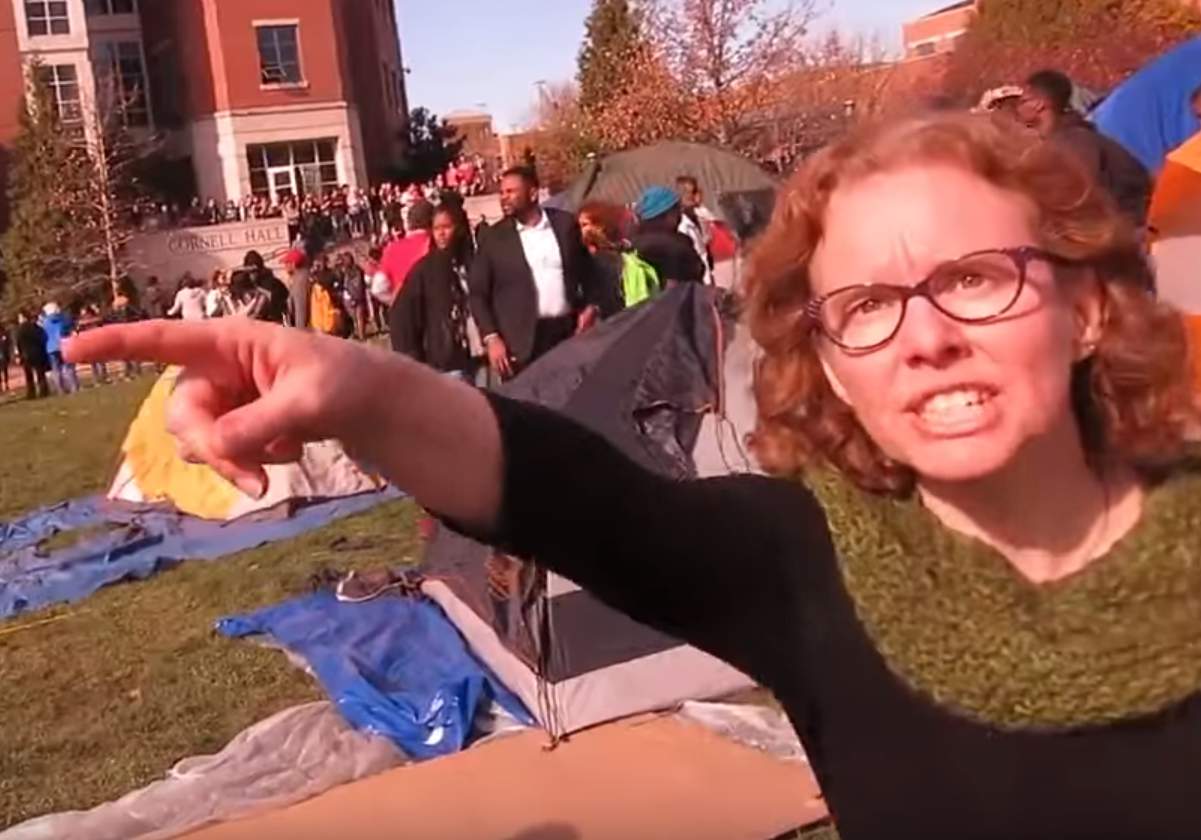 A video of a protest at the University of Missouri shows a professor of mass media blocking a student reporter from reporting.

Tim Tai, a student photographer on freelance assignment for ESPN, was trying to take photos of a small tent city protesters had created on a campus quad at the University of Missouri.

Melissa Click, an assistant professor of mass media, blocked Mr. Tai and yelled, “Who wants to help me get this reporter out of here? I need some muscle over here.”

Here's the video that shows why Mizzou's president had to go

Huffington Post posted this video that was filmed on the University of Missouri campus on October 10. It shows a group of peaceful black protestors being hassled and assaulted by white people, while the university president Tim Wolfe watched without saying a word. After three minutes, two white men came out and tried to move […]

Missouri School of Journalism proud of photographer Tim Tai. Melissa Click, not so much.

Following up on the bizarre coordinated blocks against reporters by some protesting at the University of Missouri yesterday, a statement from David Kurpius, dean of the Missouri School of Journalism:

I believe in humanity. I believe that Black people can be free in America. I believe the world can see peace. — JB. (@_JonathanButler) July 26, 2015 “Hours after a wave of student and faculty protests over racial tensions led to the resignation of the president of the University of Missouri system on Monday, the […]