Former ISIS hostage: they want us to retaliate 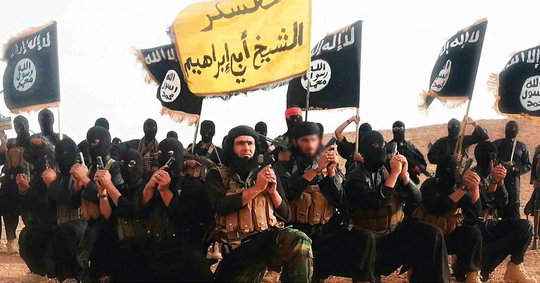 French journalist Nicolas Hénin was held hostage for ten months by ISIS terrorists, chained in an underground cell; his cellmates were later murdered by ISIS. For nearly a year, he lived with ISIS fighters, and learned what makes them tick.

Hénin says ISIS fighters are "a bit pathetic," "street kids drunk on ideology and power" -- "more stupid than evil." They're glued to social media and will be fascinated with the response to the Paris attacks, especially evidence of xenophobic reprisals against moderate Muslims: "They will be heartened by every sign of overreaction, of division, of fear, of racism, of xenophobia; they will be drawn to any examples of ugliness on social media."

They hate the pictures of Germans welcoming refugees. They're convinced that Muslims cannot peacefully co-exist with their neighbors in western societies. More than anything else, they want to convince other Muslims of this. They chose France as a soft target where racist politicians are already doing well, where it will be easy to provoke reprisals:

Why France? For many reasons perhaps, but I think they identified my country as a weak link in Europe – as a place where divisions could be sown easily. That’s why, when I am asked how we should respond, I say that we must act responsibly.

And yet more bombs will be our response. I am no apologist for Isis. How could I be? But everything I know tells me this is a mistake. The bombardment will be huge, a symbol of righteous anger. Within 48 hours of the atrocity, fighter planes conducted their most spectacular munitions raid yet in Syria, dropping more than 20 bombs on Raqqa, an Isis stronghold. Revenge was perhaps inevitable, but what’s needed is deliberation. My fear is that this reaction will make a bad situation worse.

While we are trying to destroy Isis, what of the 500,000 civilians still living and trapped in Raqqa? What of their safety? What of the very real prospect that by failing to think this through, we turn many of them into extremists? The priority must be to protect these people, not to take more bombs to Syria. We need no-fly zones – zones closed to Russians, the regime, the coalition. The Syrian people need security or they themselves will turn to groups such as Isis.

I was held hostage by Isis. They fear our unity more than our airstrikes
[Nicolas Hénin/The Guardian]