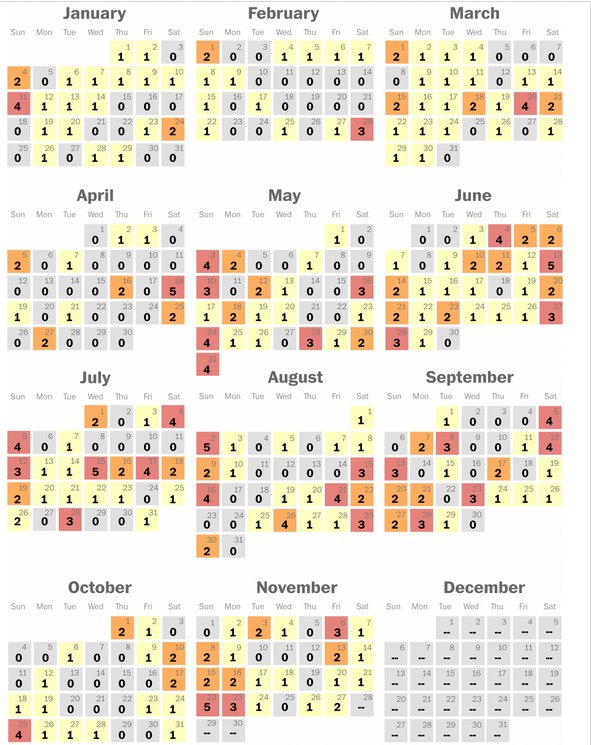 The data from Mass Shooting Tracker tell the tale: America averages more than one mass shooting every single day.

The nation was once again gripped by gun violence on Friday after a gunman identified by authorities as Robert Lewis Dear Jr. stormed a Planned Parenthood clinic in Colorado Springs, killing two civilians and one police officer and injuring nine others.

It is just the latest in a year of more-than-daily mass shootings in America. In fact, there had already been one mass shooting on Friday — in the early morning hours, two people were killed and two injured in a shooting at a restaurant in Sacramento. Another mass shooting incident in Boston in the early hours of Thanksgiving Day took the life of a Massachusetts Bay Transportation Authority rail conductor.