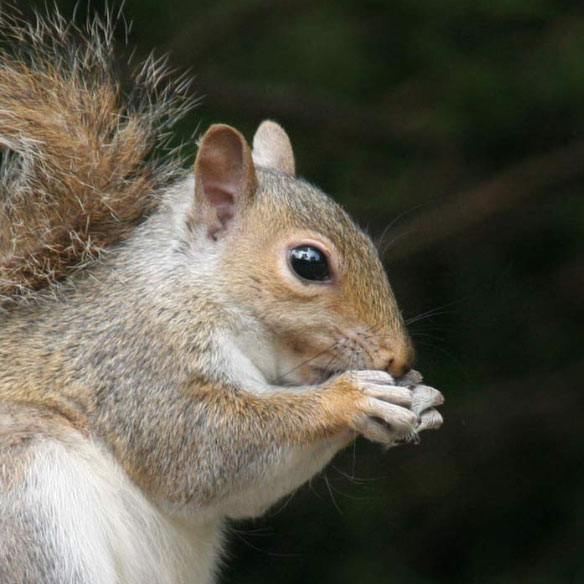 Having failed to wrest control of the San Francisco bay area by reducing technology reliant humans access to electrical power, wild life freedom fighters have resorted to direct attacks on individuals and their canine sympathizers.

Incidence of surprise attacks are on the rise in Marin County, where a young human was attacked in one of their farcical day care/standardized testing institutions known as an "Elementary School." The glorious, stealthy squirrel warrior wounded both a student and its educator before fleeing. Local officials state this is a solo squirrel working alone. This claim is unsubstantiated.

As this battle expands from the east bay to Marin, we are reminded that the Squirrel Defense Force has been joined by masked procyonid warriors from the raccoon family, conducting operations in San Francisco proper. Two humans and their canine escort were attacked by a pack of raccoons while crossing a street. Had aid not arrived in the form of a human wildly banging on a garbage can, upsetting their clandestine attack, it seems certain the raccoons would have carried the day.

“The attacks are described as a squirrel suddenly running up to the victims, crawling up their bodies, and biting them in various areas,” the humane society said in a statement, noting that victims have suffered injuries to their hands, arms, legs and head. At least eight people have been injured, with one requiring a trip to the emergency room.