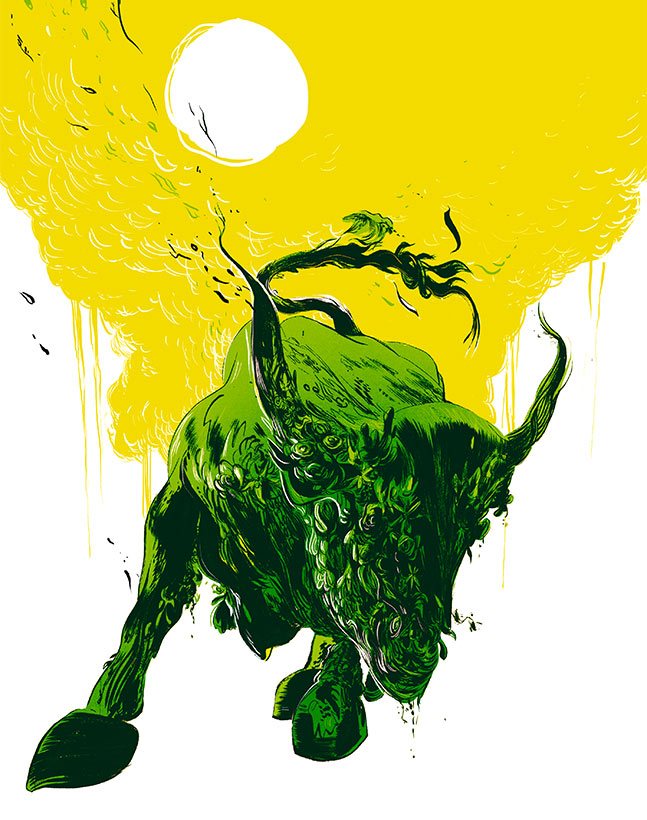 Robinson's "Oral Argument" is a fascinating courtroom drama about patents, biotech, and photosynthetic tattooed humans that turns on the Bilski Supreme Court decision about the patentability of business methods.

It's told in an unconventional style (a transcript of one side of an oral argument before a judge) and shows how a masterful storyteller can take the driest kinds of presentation and turn it into an emotional gut-punch.

It's also another example of how Robinson uses science as a mill to refine extraordinary dramas.

Yes, in retrospect the solution looks perfectly obvious, even to you, as you put it so aptly. The people I am speaking for contacted a leading firm in the dermapigmentation industry. Yes, tattooing. That methodology introduces liquids to precisely the layer of dermis best suited for the optimal functioning of the new product. And once introduced, the stuff stays there, as is well known. But my putative clients found that the modern tattoo needle systems adequate to their requirements were all patent protected. So they entered negotiations with the company that owned the patent entitled “Tattoo Needle Tip Equipped with Capillary Ink Reservoir, Tattoo Tube Having Handle and Said Tattoo Needle Tip, and Assembly of Said Tattoo Needle Tip and Tattoo Needle.”

This device was modified by the parties involved to inject my future clients’ chloroplast-fibroblasts into human skin, in the manner of an ordinary tattoo. When experiments showed the product worked in vivo, the two groups formed an LLC called SunSkin, and applied for a new patent for the modified needle and ink. This patent was granted.

I don’t know if the patent office consulted the FDA.

No, it’s not right to say the nature of the tattoo ink was obscured in the application. Every biobrick was identified by its label, as the records show.

Lawyers have their legalese. Academics have their own intra-academialogical post-linguistic theories. And it was only before the MBAs joined the fray with their own self-important syntax. If you’ve ever been in the sleek office setting of a start-up or some tech-savvy corporation, you’ve heard it. You may have even picked up on its tics to […]