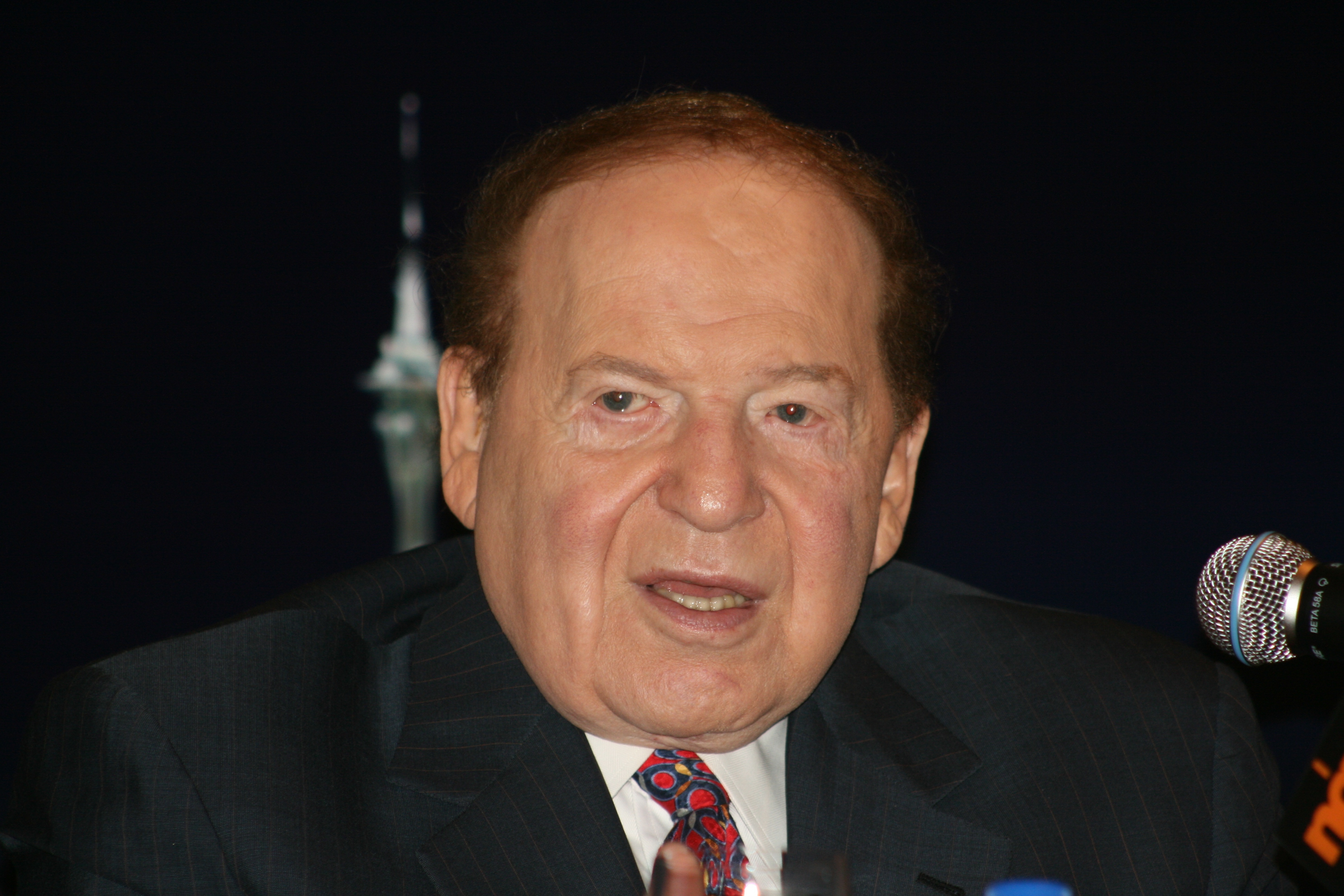 No one knew who the mystery buyer of the Las Vegas Review-Journal was, just that $140m had changed hands under mysterious circumstances. But every reporter on the paper was ordered to drop everything and try to dig up dirt on three Clark County judges.

The judges had all had run-ins with Sheldon Adelson, the billionaire behind the secret purchase. Previously, another Adelson paper, in Florida, had been ordered to investigate the judges.

Adelson's animus against District Judge Elizabeth Gonzalez seems to stem from his interactions with her when she presided over Jacobs v. Sands, in which one of Adelson's former employees has sued for wrongful dismissal after he blew the whistle on the business's links to Chinese organized crime. When Adelson took the stand in that case, he refused to answer routine questions and argued with the judge who told him, basically, to shut up and do as he was told.

Subsequently, Adelson offered to back the campaign of anyone who could credibly run against the judge in upcoming elections.

The newspaper's management objected to the assignment to snoop on the three judges, which came down without explanation from Gatehouse Media, the newspaper's parent company. No major stories came of the all-hands project.

However, another paper, a tiny Connecticut paper called The New Britain Herald, ran a huge story on Gonzales and criticized her for her dealings with Adelson. The story was bylined by "Edward Clarkin" -- a mysterious figure whose byline only appears one other time in the paper's archives, for a review of a Polish restaurant. No one has been able to locate Clarkin, and the Herald refuses to discuss who he might be.

No one in management at any of the newspapers would admit that anything fishy was going on to the reporters who broke this story, James DeHaven, Jennifer Robison and Eric Hartley, who all write for the Review-Journal and were therefore investigating corruption on the part of their new bosses, which is a ballsy fucking move, given that the paper seems to have been purchased for the purpose of pursuing a personal vendetta against a local judge.

The quotes from the papers' management are priceless stonewalling: "I don't know why you're trying to create a story where there isn't one. I would be focusing on the positive, not the negative" (from Michael Reed, CEO of New Media Investment Corp., the parent company of GateHouse Media).

Michael Reed, CEO of New Media Investment Corp., the parent company of GateHouse Media, declined to comment when asked whether Adelson was involved in the court monitoring directive. He said the effort was part of a "multistate, multinewsroom" investigative effort initiated by GateHouse, but said he did not know who started it or how it was approved.

"I don't know why you're trying to create a story where there isn't one," Reed told an RJ reporter on Wednesday. "I would be focusing on the positive, not the negative."

In a later interview with The Associated Press, Reed rejected the notion that the Review-Journal's integrity had been challenged by the secrecy surrounding its sale. He said the public didn't care about the buyer and that reporters pushed the story with the intention of creating controversy.

"I just wish reporters had better hearts and better intentions than just trying to slam media companies trying to do good," he said.