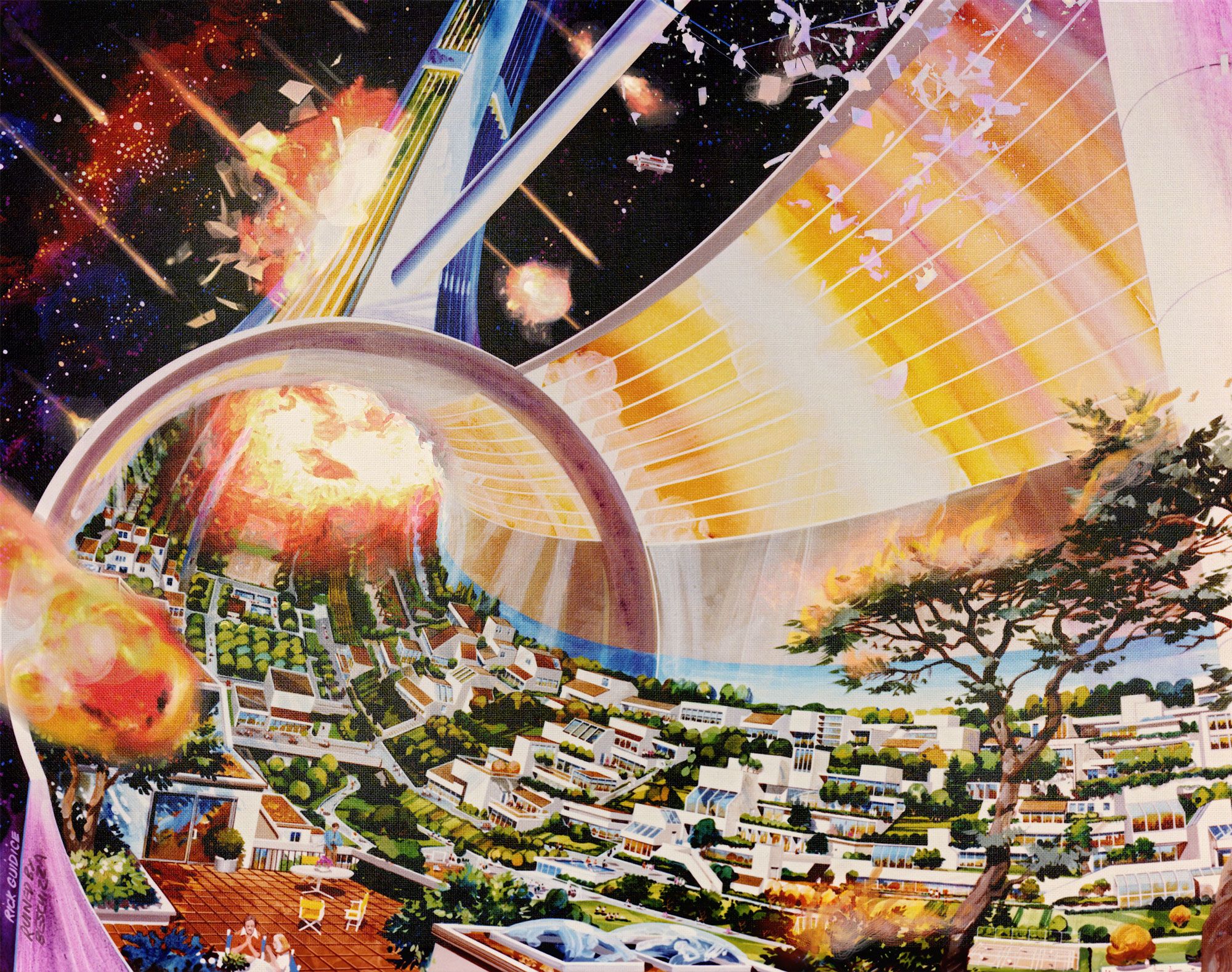 Our biggest posts last year were out of this world.

In Meet the people who have volunteered to die on Mars, Walker Lamond writes about the thousands of people who wanted to compete to be the first humans to travel to Mars and colonize it. The only catch was that they can never come back—ever.

Science Fiction legend Kim Stanley Robinson offered a stark wakeup call about the prospects for human survival beyond planet Earth in Our Generation Ships Will Sink. It's an undeniable case for ecological stewardship: put simply, it'll always be easier to make our own world a fit place to live than to terraform other worlds—or to risk spending our children in the deep.

It will not surprise you, however, to learn that the traffic charts were mostly dominated by posts such as Mark Frauenfelder's
16-year-old girl who took nude selfie photos faces adult sex charges, a perfect storm of absurdity, injustice and authoritarianism: he knocked the Cumberland County Sheriff's Office for thinking it made sense to charge a 16-year-old girl with two felony sex crimes, with herself as her own victim, for taking nude selfies.

Cory Doctorow left London for Los Angeles this year, and made no bones about why he left the U.K. In "my family is moving to Los Angeles in two weeks. Many Londoners understand intuitively why we're going" he charts the growing unpleasantness of Britain's capital city and its diminishing appeal to anyone who isn't very well-off. His blogs post linking to Consumerist's GM says you don't own your car, you just license it
and to Annalee Newitz's Gawker item exposing the details of Ashley Madison's sad, bot-powered shakedown of lonely arseholes ("only 1,492 female-profile users ever checked their messages, compared to 20m men.") were also hits.

Xeni Jardin's post about climate change denier Rupert Murdoch buying National Geographic was a huge hit—the $725 million dollar sale brought an end to more than a century of independence. Other hits from Xeni included how to talk about Caitlyn Jenner: a guide to speaking and writing about transgender people, a useful primer on the happy mutations to language and culture that helped 2015 on its way. Can you guess who Arab-looking man of Syrian descent found in garage building what looks like a bomb is about?

This year, I annoyed the right people with Rickrolling is sexist, racist and often transphobic in context. When I wrote that it was highly problematic, especially in its dependence upon the semiotics of cisgendered discourse, I had no idea how many people would become angry without even reading the article.

BB publiser Jason Weisberger's top posts were Bet you recognize this famously sampled song
and a charming vintage snapshot of himself as a kid: I was once a student leader: "This is cracking me up, from Santa Monica College's 1989 course catalog." Of his various photographs of Muir Beach, California, the most successful was one where you can't see anything. Turneresque!

In the only technique to learn something new, James Altucher warns that learning is both less and more specific than we appreciate: "I had a friend who wanted to get better at painting. But she thought she had to be in Paris, with all the conditions right. She never made it to Paris. Now she sits in a cubicle under fluorescent lights, filling out paperwork all day."

Why Bob Ross is the perfect let’s play-er, by Leigh Alexander at Offworld, honored the famous painter’s posthumous return to popular culture, an event that "encapsulates the beauty of watching and learning." Her introspective piece, "All the women I know in video games are tired", charted difficult times for women writers who tackled the genre.

Our top review of the year was Laura Hudson's look at a hit video game from director Hidetaka Miyazaki: In Bloodborne's brutal world, I found myself. "I've always wanted to know the difference between perseverance and masochism," she writes. "This is the game that taught me."

Die Antwoord's Ninja
replies to fan questions on CHAPPiE internet tabloid rumors: "A very concerned fan just asked me if the weird rumours about 'my behaviour' on the CHAPPIE set are true, so i thought i'd help shed a little light here on Boing Boing."

Our top comic strips of the year were Ruben Bolling's How to Tell the Difference Between an Open-Carry Patriot and a Deranged Killer, a self-explanatory jab at the gun lobby's hypocrisy, and Ed Piskor's rap history origins of Dr. Dre.

the clicks that were