Blue's is a magazine about Japanese construction worker culture 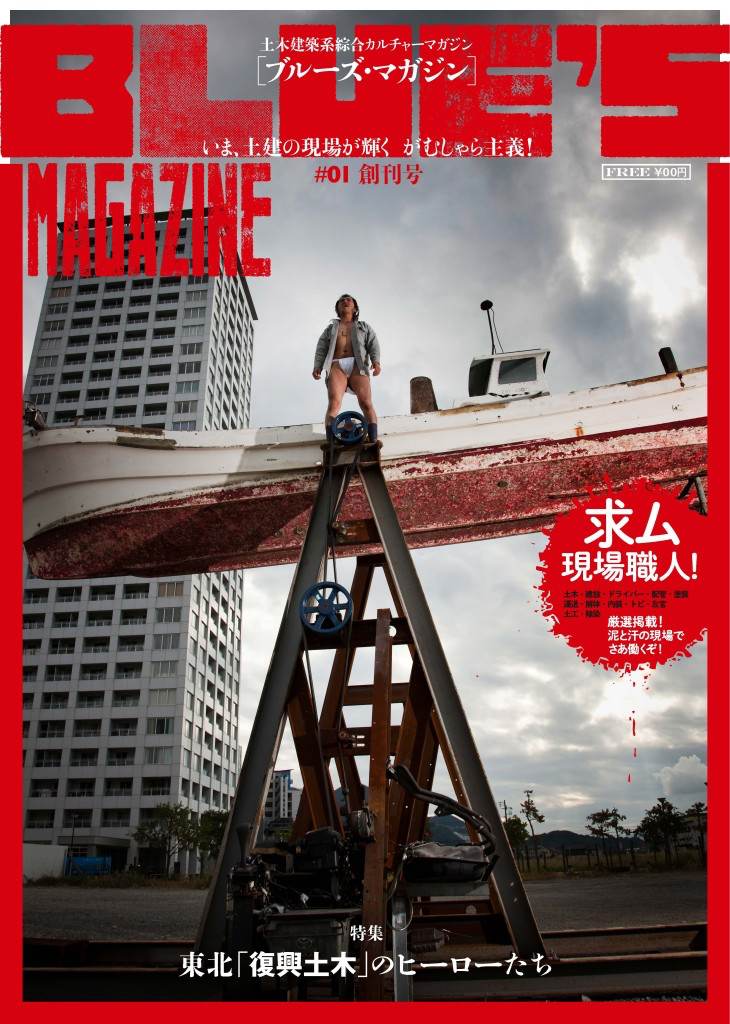 “There’s no media anywhere about these guys, but they’re so cool!” That's the thought Tomonobu Yanagi had when he decided to make a magazine about "construction culture." Yanagi was a punk musician in the 1970s, and now manages a waterworks construction firm. He teamed up with Japanese “new journalism” writer Gensho Ishimaru (known for writing about his recreational drug trips) to launch Blue's Magazine. With lavish photos, it covers subjects such as the kind of food construction workers favor (salty, greasy food), what it is like to be on a crew rebuilding the Fukushima area, and the influx of construction workers from Africa and America.

Before BLUE’S, no “culture magazine” had ever written profiles of the men who work at construction sites. Because of that, though, there are really no fixed rules or formulas for how to make such a magazine. Every issue’s layout, Ishimaru says, presents a fresh challenge, and forces the pair to reinvent the rules from zero. The best example of this may be the magazine’s cover design, which features photos of construction artist Hironari Kubota in a loincloth