India's Internet activists have a SOPA moment: no "poor Internet for poor people" 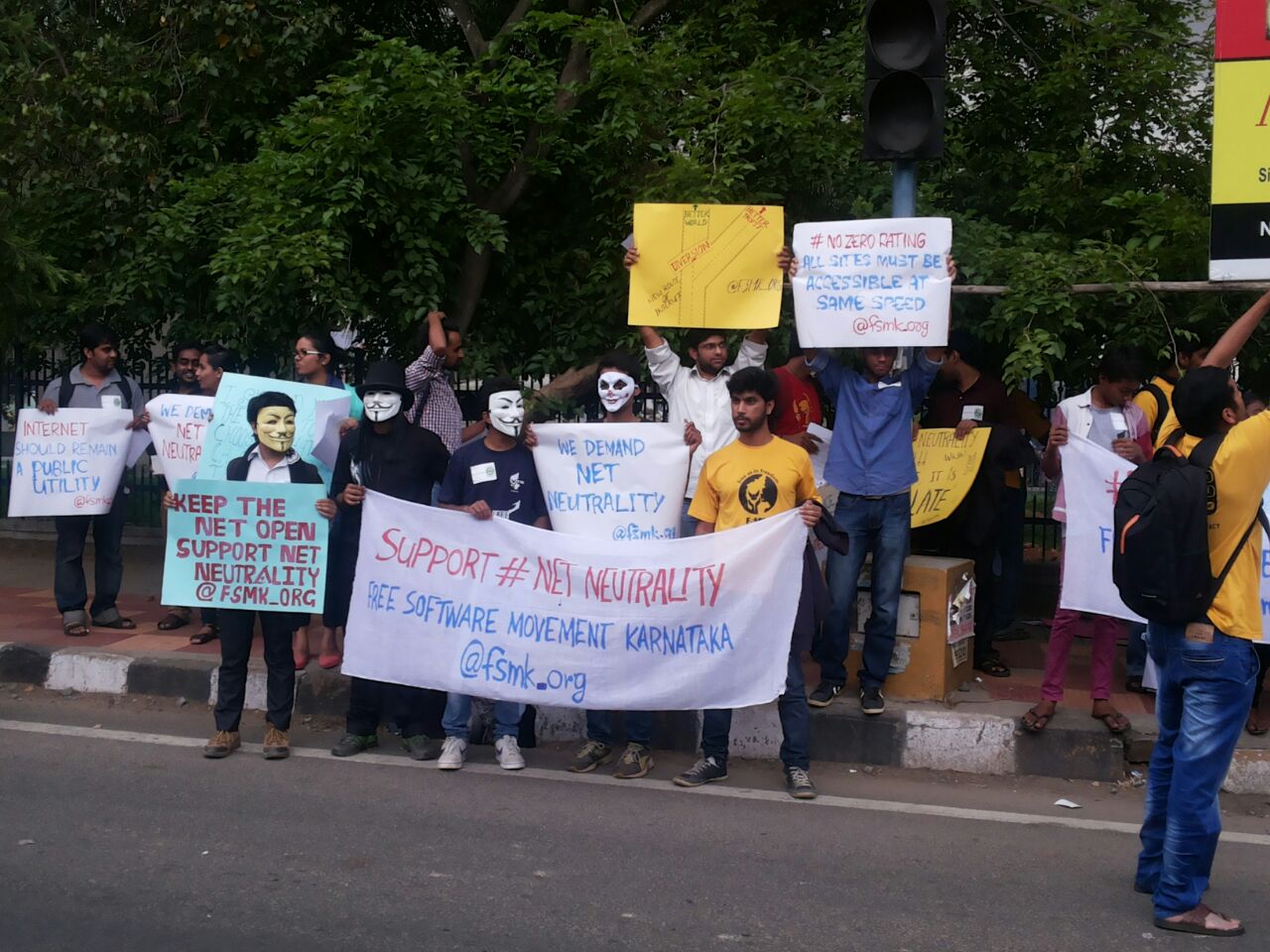 My latest Guardian column, 'Poor internet for poor people': India's activists fight Facebook connection plan, tells the story of how India's amazing Internet activists have beaten back Facebook's bid to become gatekeeper to the Internet for the next billion users.

They've been assisted in this by Facebook's own stupid mistakes, to be sure, but all credit is due to them for refusing to settle and for rallying mass support to the cause of Net Neutrality in India.

The interesting question for me is whether Google -- who have been sneakily supporting Facebook behind the scenes -- will seize the opportunity and deliver devices and services that help Indian Internet users get around the corrupt and greedy phone companies that got into bed with Facebook.

Here we have India’s SOPA moment: an unexpected, unprecedented uprising that’s caught the popular imagination, terrified one of the largest companies in the world, made politicians and regulators take notice. Why aren’t we supporting them in what they’re asking for? Why aren’t we just saying, “The alternative to Facebook as internet gatekeeper is no one as internet gatekeeper?”

Facebook came back for a second round, with the Free Basics rebranding, right around the time that the independent Telecom Regulatory Authority of India (TRAI) put out a short, cogent consultation paper asking pointed questions. It’s only 11 pages long, and it ends with four questions, and you should read it – it’s just the kind of thing you want from an independent expert agency.

No one at Facebook appeared to read it. The company mounted a charm offensive, featuring long, soulful letters from Mark Zuckerberg in the national papers, roadside billboards, multi-page newspaper adverts, floods of SMSes. A total media blitz aimed at getting people to respond to the TRAI’s paper and say they endorsed Free Basics. They really pulled out all the stops – some Indian Facebook users reported that merely scrolling past the ads pleading with them to weigh in was enough to trigger a status update saying they’d endorsed the idea.

It worked: Facebook got millions of comments into the TRAI. But unfortunately for Facebook the TRAI paper hadn’t asked, “Do you support Free Basics?” So the entirety of Facebook’s astroturf army was discarded as unresponsive to the questions raised in the paper. The TRAI’s chairman explained: “Consultations by the TRAI are not opinion polls; we are not asking ‘yes’ or ‘no’. We are asking why you think it is ‘yes’ or ‘no’, because that helps us in formulating the guidelines”