Drawn in Stereo captures the art of noise 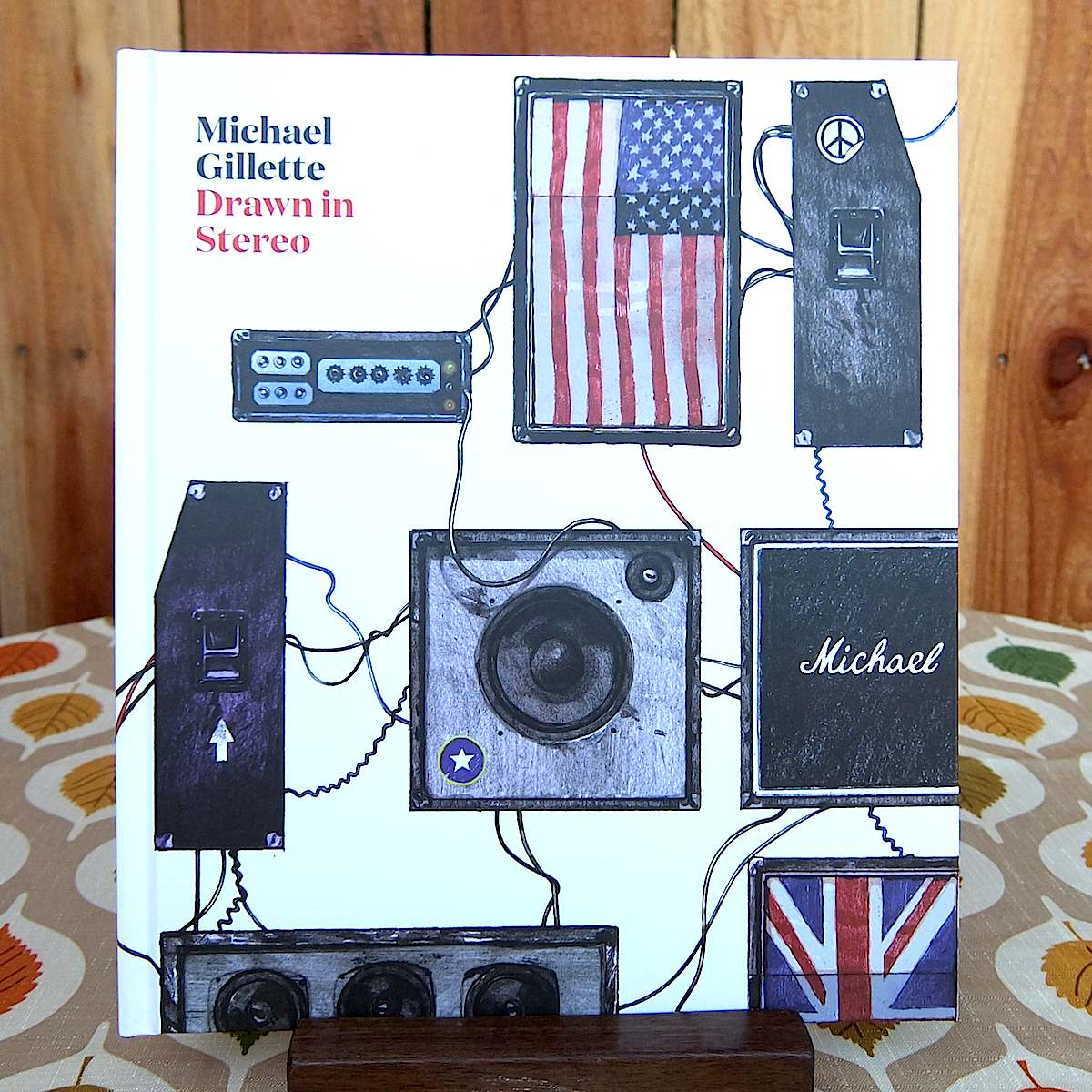 In my other life as a board member of The Rock Poster Society, the phrase “rock art” just about always equals “rock posters.” For Michael Gillette, though, whose beautiful Drawn in Stereo was published last fall by AMMO Books, rock art encompasses a whole lot more than concert advertisements. Oh sure, Gillette has designed his share of rock posters for bands like Saint Etienne, Colorama, and MGMT, but he’s also created animations for the Beastie Boys and My Morning Jacket, as well as portraits of musicians as diverse as Paul McCartney, Madonna, Jay-Z, and Pink for music magazines and websites like Spin, Mojo, and The Fader. Beyond the music world, his work has even appeared in the hallowed pages of The New Yorker and Esquire (every illustrator’s dream), and he’s been hired by such marquee clients as Levi’s, Nokia, and Sony, for whom he created the cover art for the vinyl version of the “American Hustle” soundtrack.

Drawn in Stereo delivers all of this prodigious output in a straightforward, unhurried manner, not unlike the artist’s work. Or so I thought until I read an anecdote in the book’s interview with Elastica’s former lead singer, Justine Frischmann. In that casual conversation between two friends, Gillette admits to having started and finished some of his deadline-driven assignments in only a day, a trick that requires finishing a wet acrylic-on-paper illustration with a hair dryer before delivering it to “a courier at the door.”

That interview, as well as the organization of the images in the book, loosely tracks Gillette’s journey from England to California, where he now lives with his wife and their two daughters, but the lack of linearity is a plus. Instead, Gillette organizes Drawn in Stereo along the stylistic choices he’s made, a few of the people he’s known, and the media he’s experimented with – and usually mastered. There’s a section on his drawings, including several from Beck’s 2006 album, “The Information,” followed by a number of moody pieces composed in Photoshop and a smattering of movie posters.

But it’s the portraits that really grab us, which shouldn’t be too surprising given the music industry’s preoccupation with personality. Foremost among these are the lovely and sad watercolors from his “Little Angels” series, which depicts fallen music idols such as Kurt Cobain, Biggie Smalls, and Amy Winehouse as children, their guileless faces seemingly lifted from nursery- or elementary-school photos taken on picture day. Later in Drawn in Stereo, we are treated to Brian Eno and David Bowie, each posing as a “Glam Songbird.” The humor of these sumptuously rendered images – Eno the “Art Rock Hopper” is perched on a microphone, Bowie the “Stardust Warbler” grips a mic stand in his talons – is as disarmingly dry as the children in “Little Angels” are tender. Who knew the world of massively commercial pop could inspire such subtlety?