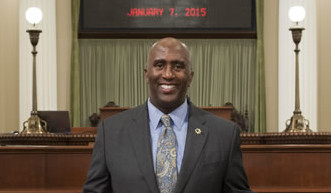 Under Bill 1681, all smartphones manufactured "on or after January 1, 2017 and sold in California" -- home to Apple and Google -- "after that date" must be "capable of being decrypted and unlocked by its manufacturer or its operating system provider."

Manufacturers would have to pay a fine of $2500 for each device sold that does not comply with the rule.

This is either political grandstanding or unforgivable ignorance. "Bad guys" who wanted to get around the rule would just install and use third-party software, made by groups or companies outside of New York and California, and the rule will have no effect. Meanwhile, anyone who didn't take this step would be liable to having their confidential data stolen by anyone -- spies, crooks, etc -- who learns the secret to access the device's backdoor.

Whether the lawmakers involved are cynical or stupid doesn't really matter. In the 21st century, not understanding (or denying) the fundamental truths of the devices that connect us to family, employment, financial services, education, and news -- automatically disqualifies you for political office.

It's sad, but not surprising, to see these attacks on crypto emanating from Democrats. The Democratic Party has a shameful history when it comes to information policy, starting with Bill Clinton's Clipper Chip and DMCA.

The bill echoes the sentiments of the New York senate, which last week introduced almost the exact same word-for-word legislation. The bills come at a time as lawmakers and Silicon Valley tech giants are figuring out how compromise on device encryption without handing over the keys to the government, or giving its law enforcement and intelligence agencies unfettered access.

At least in the case of New York's bill, the senate's new website comes with a set of virtual voting buttons, which give state residents the ability to register their views on a bill with "aye" or "nay" buttons.

The aim is when a senator comes to vote, they can see from their website's dashboards which way their constituents want their lawmaker to vote.