The perfect suffix for your "cyber-" buzzword 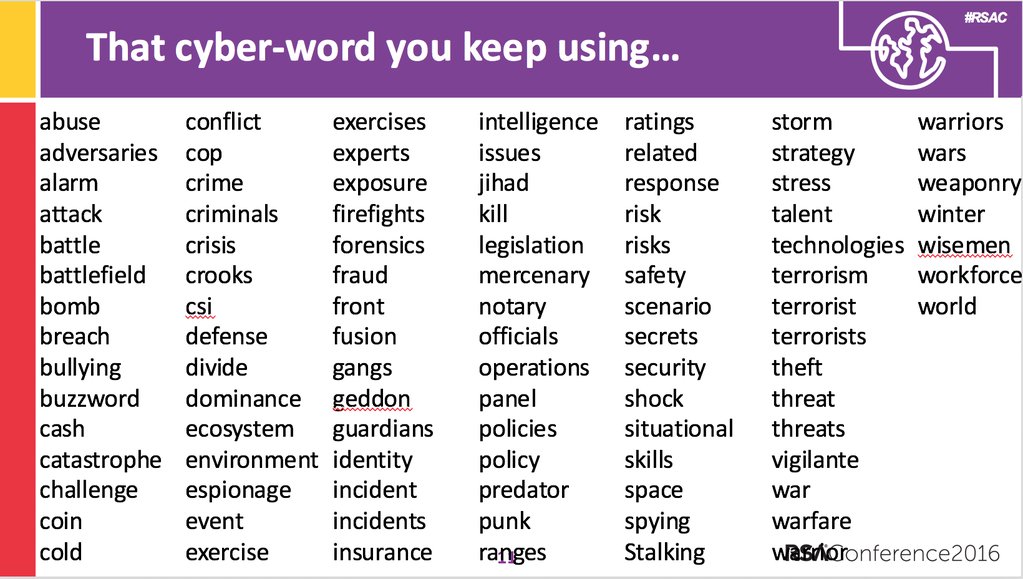 Adding "cyber-" to any initiative is a sure-fire budget- and approval-winner, at least in the military industrial complex. If you're struggling to figure out what to use on your opening slide, here's a handy crib-sheet.

It's from The Evolution of InfoSec Through 25 Years of RSA Conference Sessions, Part 1: From Crypto to Cyber, by Wade Baker (Thanks, @Ben_Smith).

This slide is watermarked for the 2016 RSA conference, but I can't figure out whose presentation it came out of (if you know, please post in the comments).