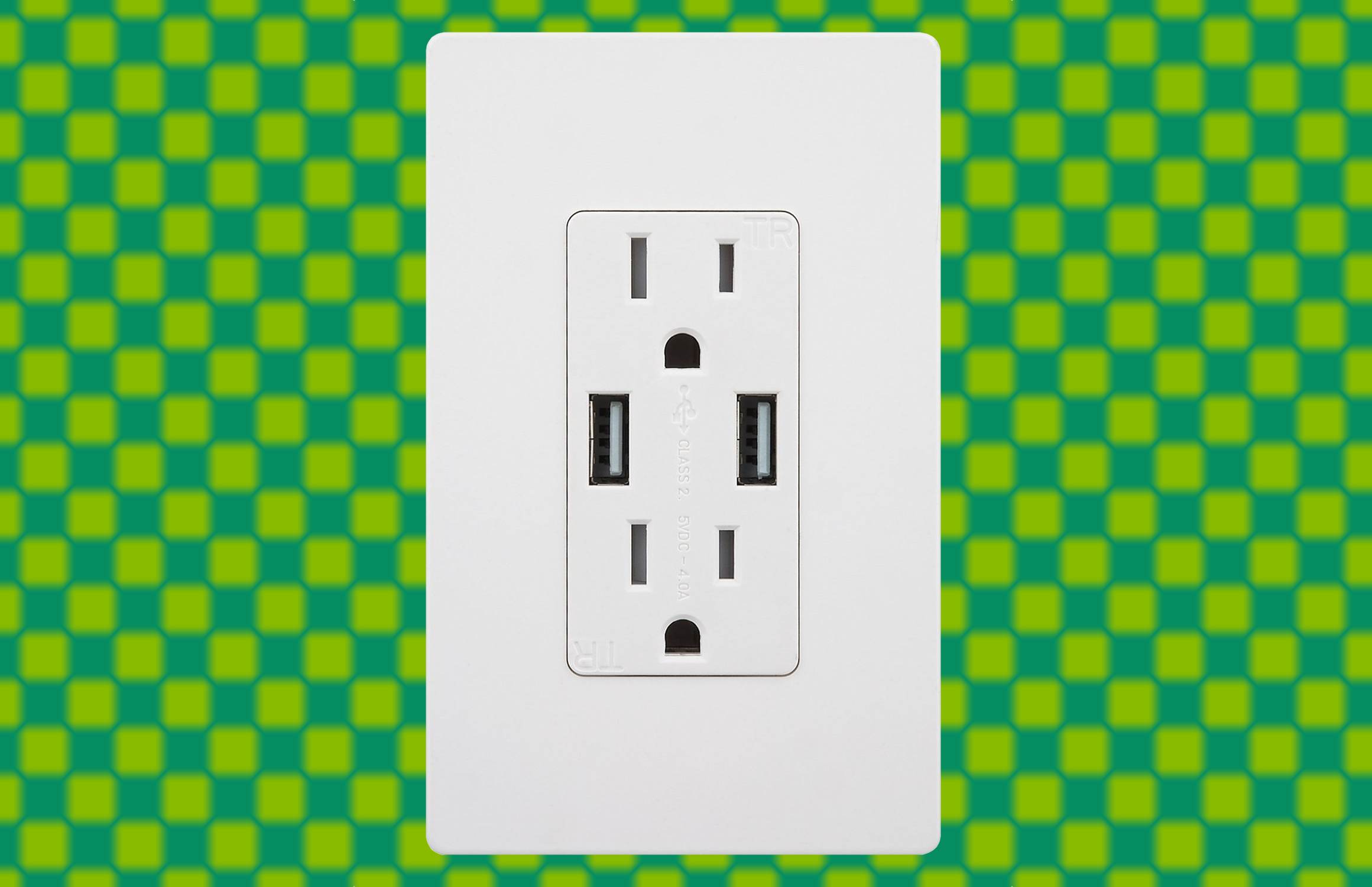 This AC outlet has two built-in USB charging ports. I have found it to be useful not only for phone charging, but for keeping bluetooth speakers charged, too. Reviewers on Amazon love it. One reviewer said it will charge two iPads at the same time. Amazon has them on sale for $(removed) right now.