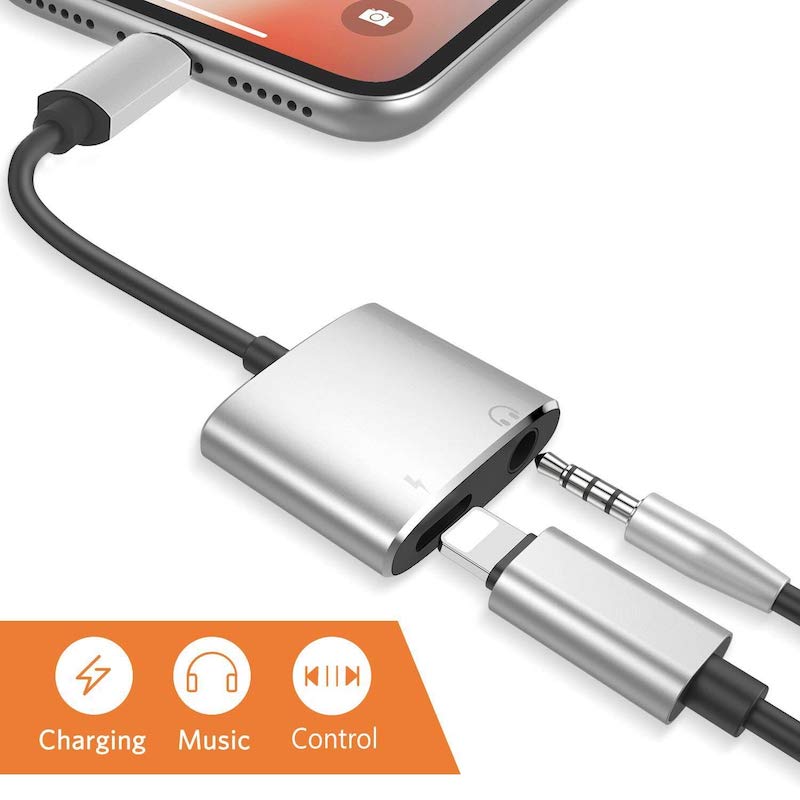 This $10 dongle is letting me charge my iPhone while also listening to music on wired headphones.

I have been carrying wired headphones ever since I got a Nintendo Switch to play Fortnite on while I travel. The Switch hates bluetooth headphones and I'd rather not carry two pairs.

This dongle works great and sounds just fine. It costs a lot more at the airport, so order one on Amazon.