Donald and John, a Boy and His Imaginary Publicist 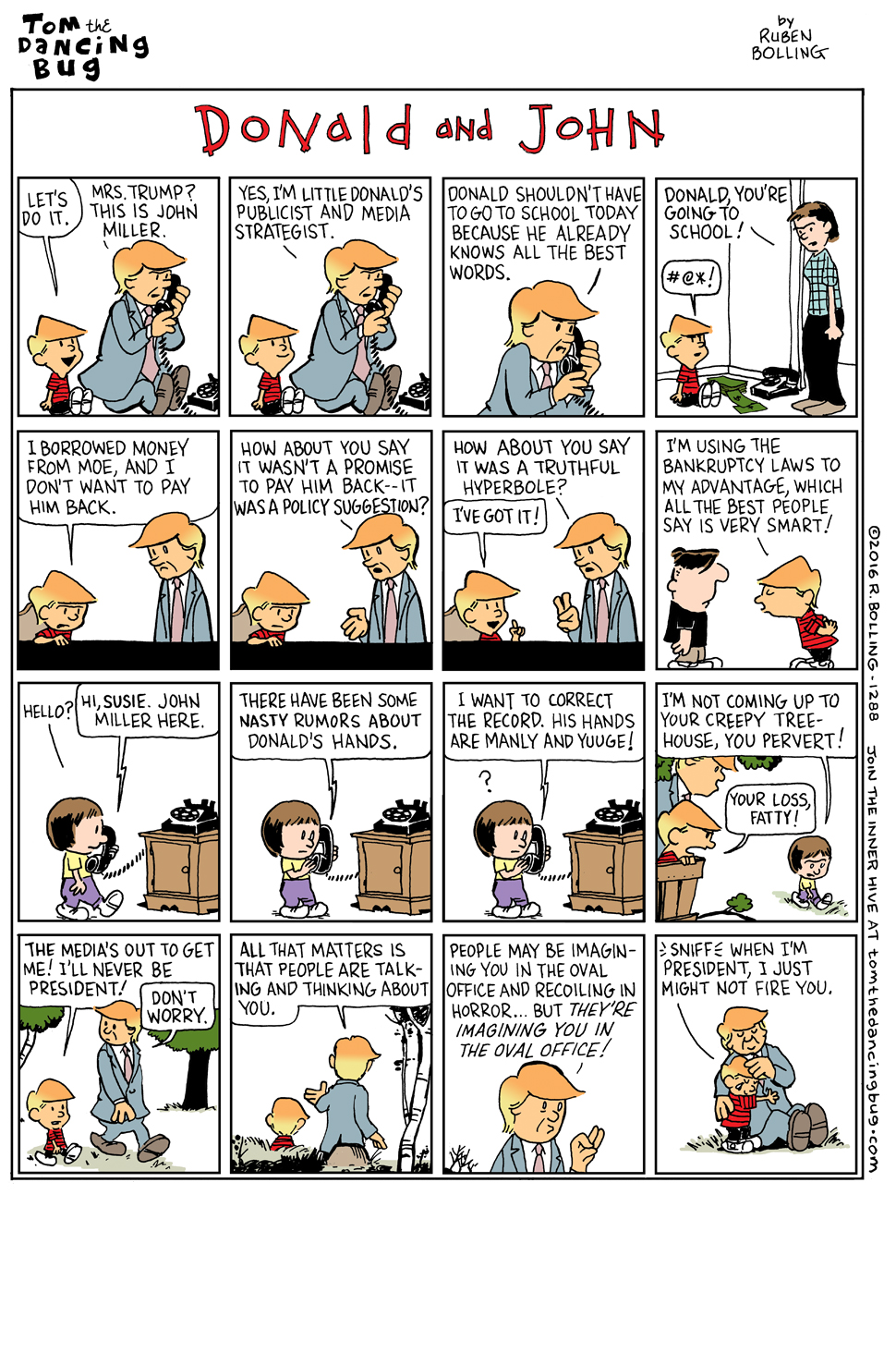 Tom the Dancing Bug, IN WHICH an impetuous young Donald Trump has only his trusty imaginary publicist John Miller to help him navigate a world that often confuses and confounds him.

Join Tom the Dancing Bug's INNER HIVE in May, and more than the amount of your cost to sign up will be donated to help protect journalists around the world! You get exclusive access to comics and other stuff, and journalists get to do their work exposing corruption without being put in jail.