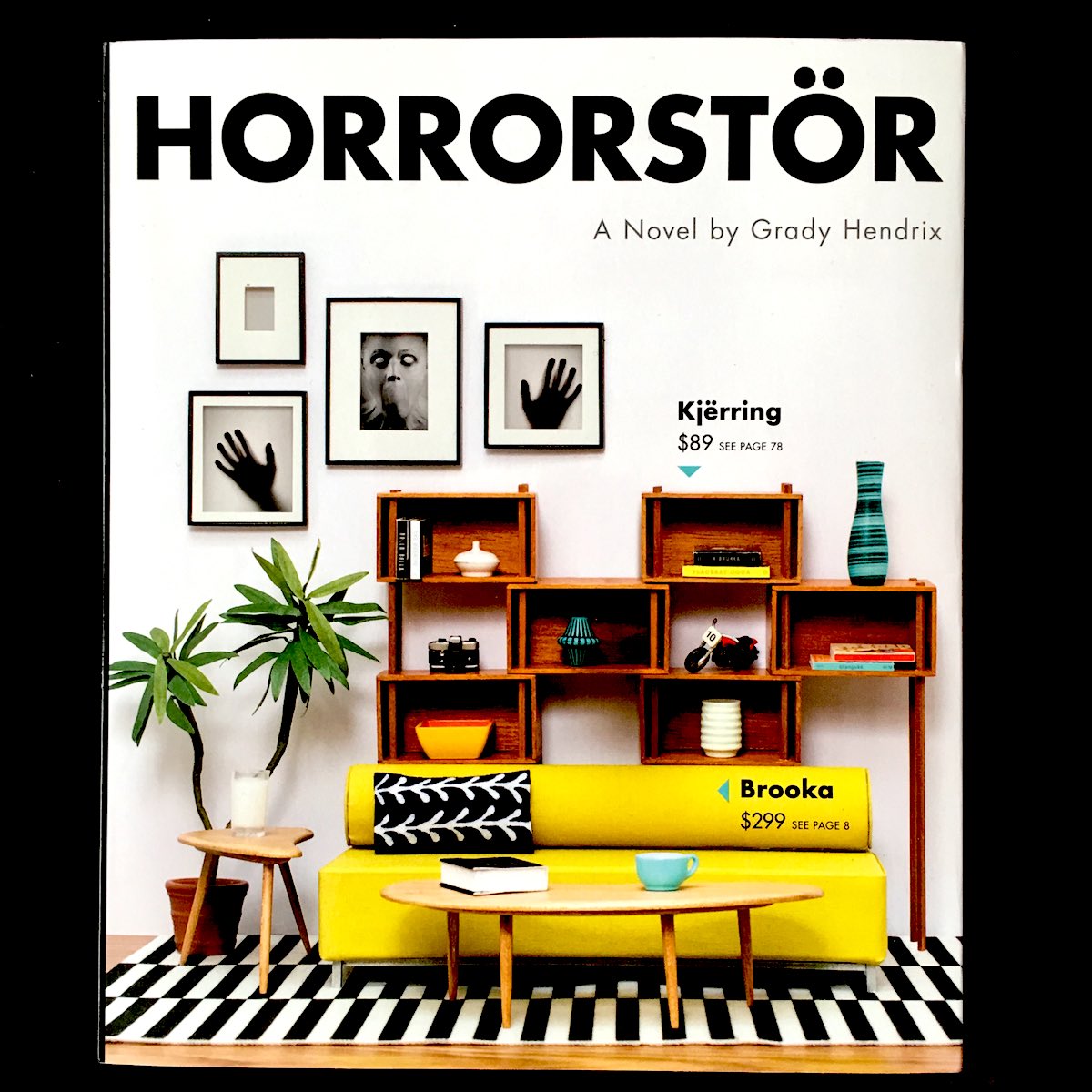 Imagine a store much like Ikea, but not quite up to Ikea’s standards. In the book Horrorstör, Orsk is a shabby copy of the Scandinavian warehouse we all know, and maybe even love, right down to the incomprehensible product names (Frȧnjk, for example) and a Bright and Shining Path that guides shoppers through the showroom floor maze. But something about Orsk is different. And very, very wrong.

Amy works at the Orsk in Cleveland, Ohio. Caught in a spiral of student debt and unable to support herself, she moves into her mom’s trailer and wonders if she’ll ever dig herself out of retail. ​That's when things change. ​Resigned to working at Orsk for the rest of their lives, Amy and her co-workers arrive every morning to find broken wardrobes, shattered glassware and vandalized sofas. Convinced someone is hiding out in the store and up to no good, they agree to spend the night in the store with their manager to unravel the mystery. Little do they know that tonight is their final shift.

Horrorstör is a clever twist on a traditional haunted house story that takes place in a modern consumerist setting. The symbolism and criticism of consumer culture and the nature of work are there if you look for them, but it’s light, and pretty funny, and doesn’t get in the way of the story. The catalog-style furniture ​pages in Horrorstör — complete with enthusiastic but meaningless descriptions – grow increasingly dark as the story, and Amy’s situation, become dire. Consider this catalog page for a chair:

“Boasting several advantages over traditional forms of restraint, BODAVEST confines the penitent and opposes the agitated movement of blood toward the brain, forcing the subject into a state of total immobility, conducive to self-reflection and free of stressful outside stimuli.”

The book also includes humorously grim versions of Orsk employee evaluations, order forms, and pages from the Orsk Leadership Handbook. They really add to the enjoyment of the story. I found myself eagerly looking forward to them, trying to decipher which twist in the story they alluded to. Surprisingly, the last pages of the book took the story from hilariously gruesome to “Oh, heck yes!” in the last few paragraphs. I won’t ruin it for you, but they left me wanting to read more stories set in the wild and outrageous world of Orsk.