Meet David French, your next president 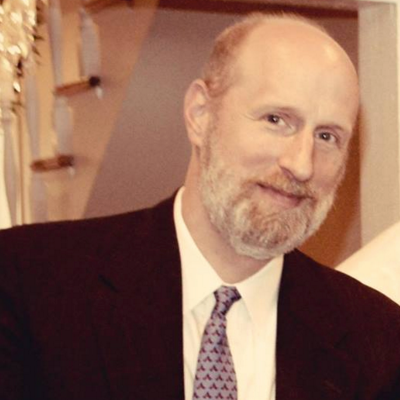 Move over, Mittens! David French is the man to lead true conservatism to vict--wait, who? Daily Beast explains a pick so offbeat one almost assumes he must be the rumor's source.

And so, as Bloomberg Politics reported Tuesday evening, he appears to be going with the most devastating pick of all: National Review blogger David French. A conservative thinker with such strong name recognition he doesn’t even have a Wikipedia page.

He does, however, fit the fan-fiction archetype of a Bill Kristol candidate.

According to his bio, French is a constitutional lawyer who served in Operation Iraqi Freedom, where he was awarded the Bronze Star. He lives in solid-red Tennessee with his wife and three kids. He once contributed to a New York Times best-selling book about fighting ISIS.

“To say that he would be a better and a more responsible president than Hillary Clinton or Donald Trump,” Kristol recently wrote of French, “is to state a truth that would become self-evident as more Americans got to know him.”

French's obscurity is matched by the bland neoconservatism of his positions: if you're gay, feminist, think Black lives matter or simply a millennial, he's probably got a negative thing or two to say about you. But he's also fabulously insecure, as noted by Politico's Kevin Robillard, insisting that his wife not communicate with men by phone or email lest she encounter the "ghosts of boyfriends past."

So when David French was in Iraq, he wouldn't let his wife e-mail men or use Facebook. https://t.co/F1tEOwE4sc pic.twitter.com/ZOOV52QXUN

It really speaks to the yawning cluelessness with which these guys are wandering the burning Roger Corman castle of conservatism, and it speaks of dark days ahead for all.

I do hope French is in on the joke, the poor bastard.