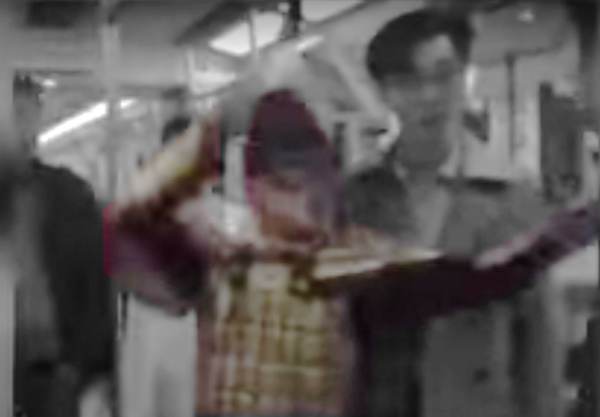 In this video, which may have been taken in Shanghai, a young man throws seed shells on the floor of a subway car in defiance of other passengers telling him to stop. Suddenly, a man in a costume runs up and violently attacks the litterbug with a rubber hammer, drawing blood. The attacker is accompanied by a woman in costume. Are they cosplayers or misguided real-life superheroes? It's hard to tell.

Stephen Ruth, a self-styled “Red Light Robin Hood,” pleaded not guilty to 17 charges of disabling red light cameras in Suffolk County, New York. If convicted, he could serve up to seven years in prison. Ruth uses a painter’s extension rod to tilt cameras to face the sky, and also snips the cameras’ power wires. […]