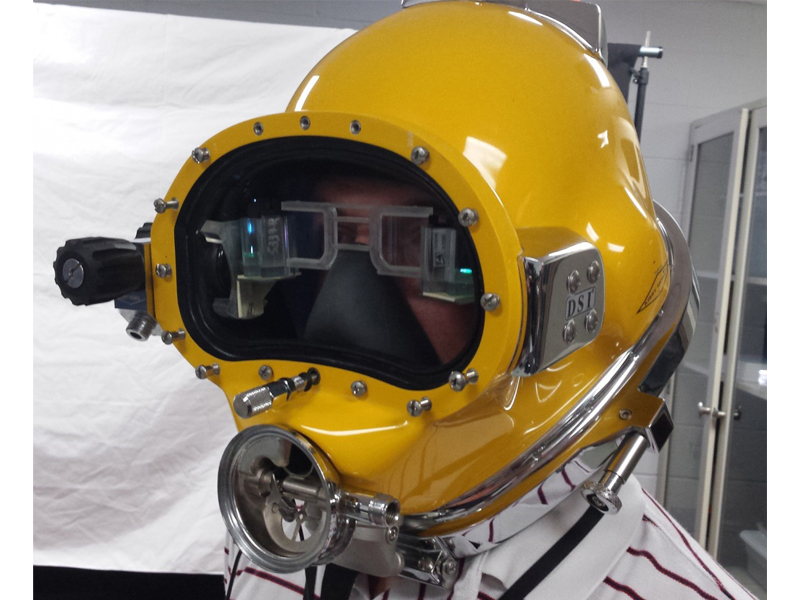 The future is here! US Navy frogmen will no longer fumble with clumsy underwater dive computers, or GPS. I'm pretty sure AquaLung will acquire the US Navy to get ahold of this technology, and will be marketing it at local dive shops soon.

Via the Tech Times:

Professional divers could use any help they can get to make their work easier and more streamlined.

The Navy acknowledges their need: it has built an underwater head-up display (HUD) prototype that allows divers to check their location and tap into sonar data by looking straight ahead, thus eliminating the need for a smartwatch display.

The leader of the research team, Dennis Gallagher, says that "a capability similar to something from an Iron Man movie" is in store to those who will use the new helmet.

To put it shortly, all the relevant information can be viewed "within the helmet."
Surface sources, such as a ship, can send out information to the Divers Augmented Vision Display (DAVD). Future improvements to the device could bring sonar sensors mounted on the helmet, making it even easier to collect and display info.

I am heartbroken. Every story I read about the loss of Truth Aquatic’s Conception leaves me crying. I’ve been diving with Truth Aquatics since I was certified in the late 90s. When I was young they were the Cadillac of California’s Live-Aboard fleet. My dive buddy, Bill, and I used to sit around debating if […]

To keep my scuba face mask from fogging up I was taught to spit in it. You then wipe your saliva around and put on the mask. The very first time I was standing on the deck of a boat, waiting to jump 15 feet to the water and needed to spit in my mask, […]