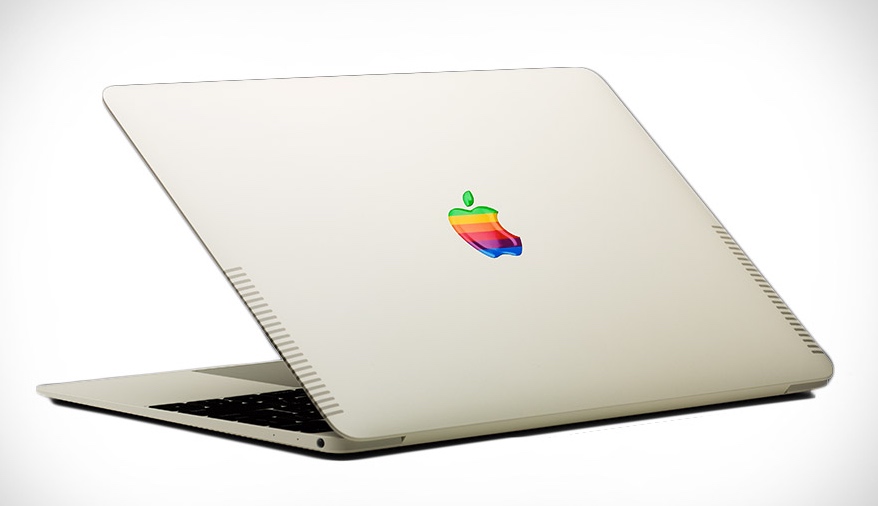 The hardware customizers ColorWare are now offering new MacBooks reskinned with an Apple IIe vibe. They're $3,000 and limited to an edition of ten.

It's inspired by the Apple IIe, but with the sleekness and power of the current 12" MacBook. The design is reminiscent of the 1980s. The rainbow logo illuminates when the machine is powered up. The putty color and faux vents add to the nostalgia without taking away any of the features of the current MacBook that you love.