Lay about like an old school Star Fleet officer 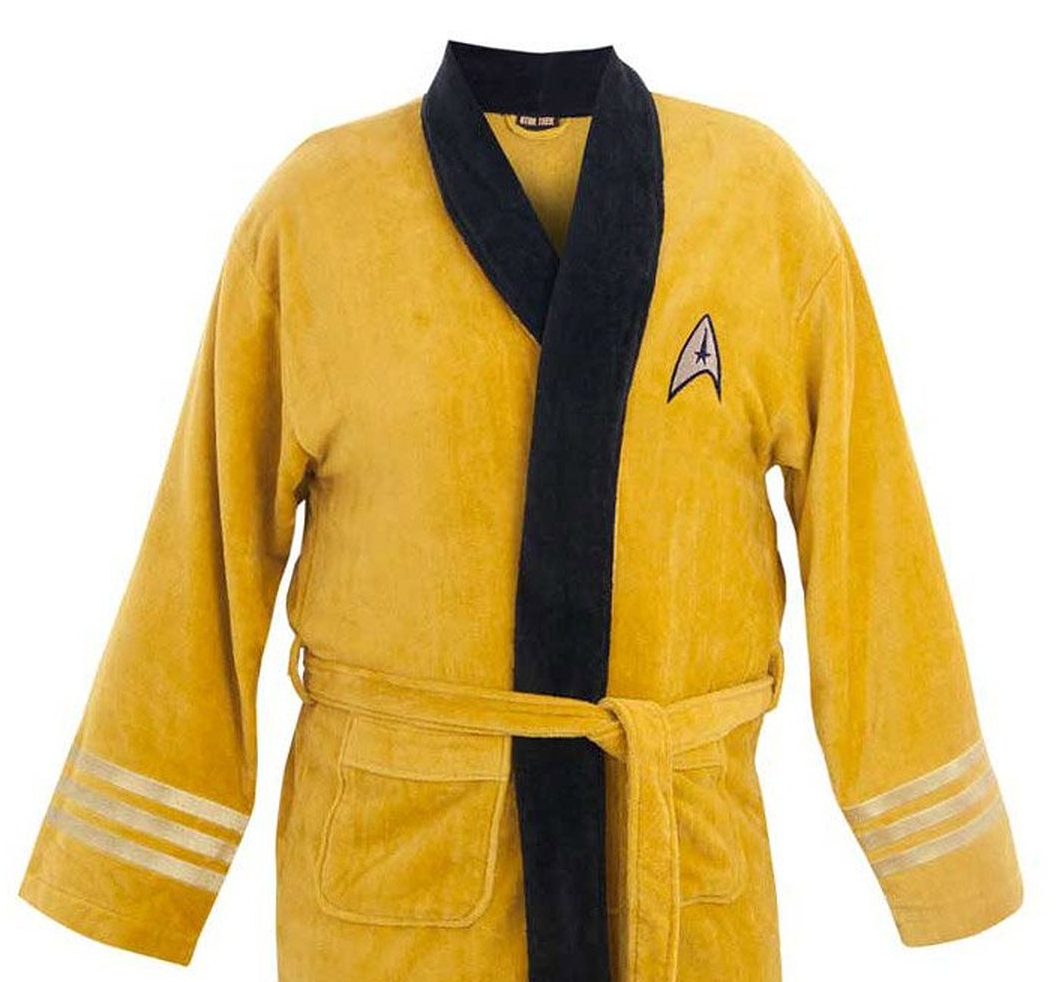 Perhaps the ultimate father's day gift is a Star Trek bathrobe. These robes are available in the three primary colors of Star Trek: Red, Blue and Command Mustard-Yellow, and are a must have for every old school Trekkie or Trekker.

Bathing with the stars