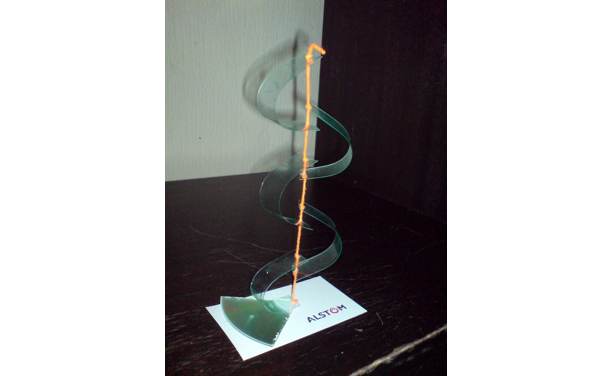 How does this "floating table" work?

The Action Lab Man made a table supported by thread. You can see other examples of “floating compression” in this Wikipedia article about tensegrity.