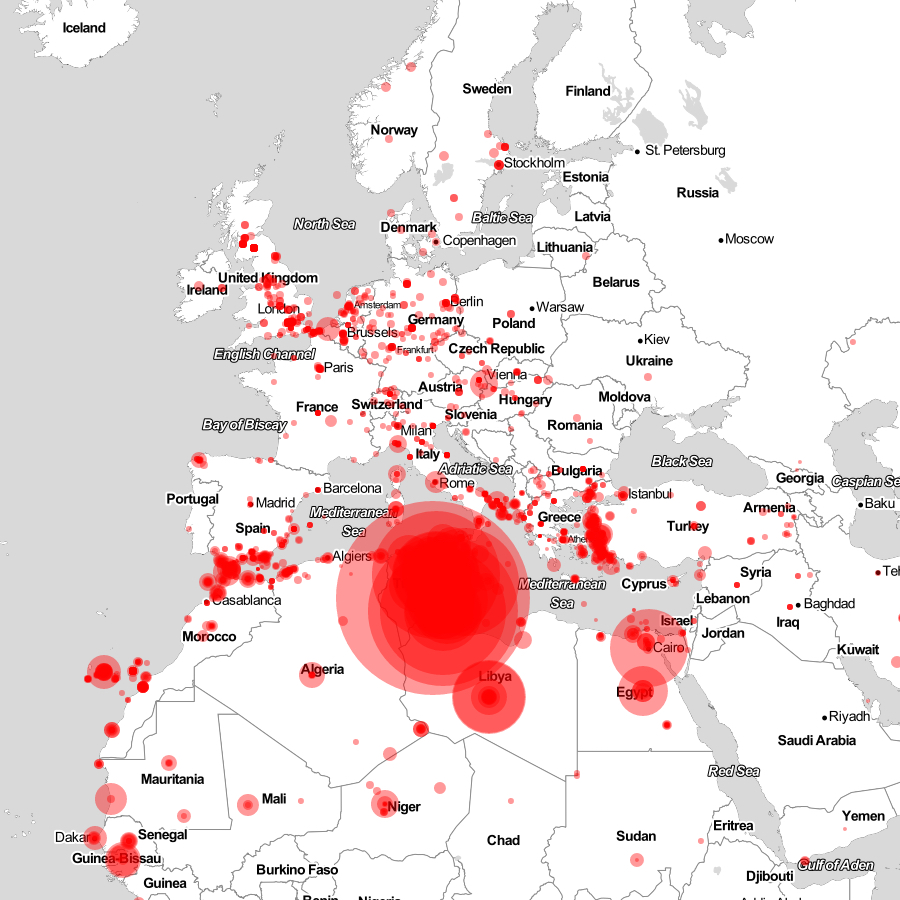 Austrian designer Moriz Büsing created this grim interactive map of migrant and refugee deaths on the way to Europe, or trying to stay in Europe; over 32,000 deaths in 15 years.

Büsing pulled his data from themigrantsfiles.com and UNITED, both critics of the "Fortress Europe" ideology. Some surprising patterns emerge, indicating the most dangerous migratory passage is into Italy from Tunisia or Libya. Each red circle is clickable for more details.

What happens when you've lived in the US as long as you can remember, and then discover in your 30s that your presence isn't lawful

I have a friend who was born in the Czech Republic, and moved to the US as a toddler. After Trump was elected, she was surprised to find letter in the mail from ICE asking her to confirm her lawful presence in the country — for the first time in 35 years. I have another […]