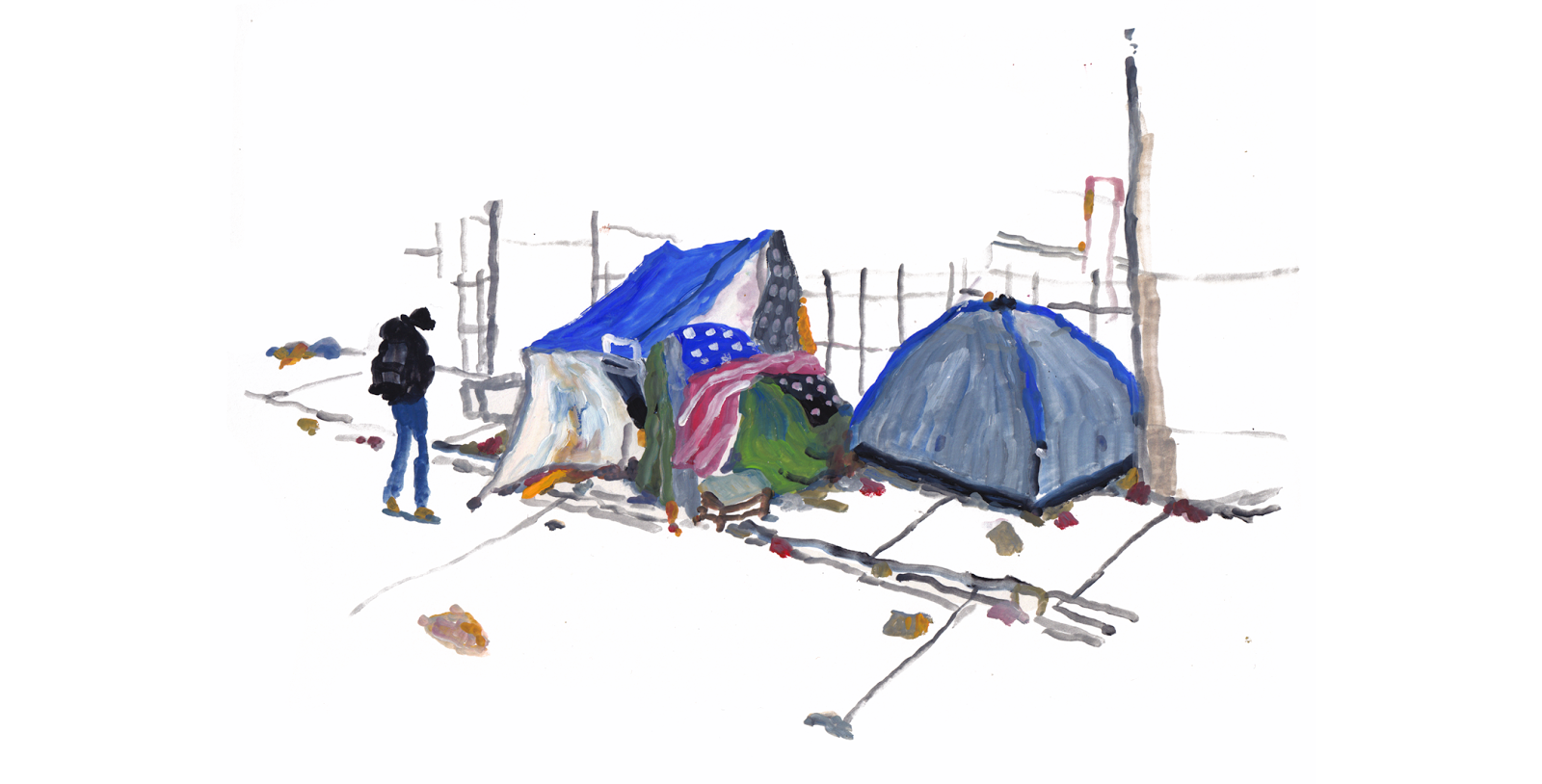 Peter Wieben's five-part series on homelessness in Seattle doesn't try to capture any kind of overarching truth or objective stock-taking of the problem (Seattle is now notorious for its tent cities). Rather, it consists of a series of sharply observed, dryly recounted personal stories from the people he meets, which range from heartbreaking to infuriating.

The conversion of shelter into an asset class has incentivized local governments to make it more expensive, which is a disaster for nearly everyone, except literal rentiers. Combine that with the recasting of poverty as a moral failing and the disappearance of stable employment opportunities and you're well on the way to turning cities into armed standoffs between the fingernail-clinging haves and the have-nots, whose misery only serves to spur the haves to cling harder.

Wieben beautifully captures the difficulty of confronting homelessness in all our lives: the combination of mistrust and sympathy, empathy and helplessness, frustration and affection.

You'd Have to be Crazy (Part I)
[Peter Wieben/The Awl]

You'd Have to be Crazy (Part II)
[Peter Wieben/The Awl]

You'd Have to be Crazy (Part III)

You'd Have to be Crazy (Part IV)
[Peter Wieben/The Awl]

You'd Have to be Crazy (Part V)