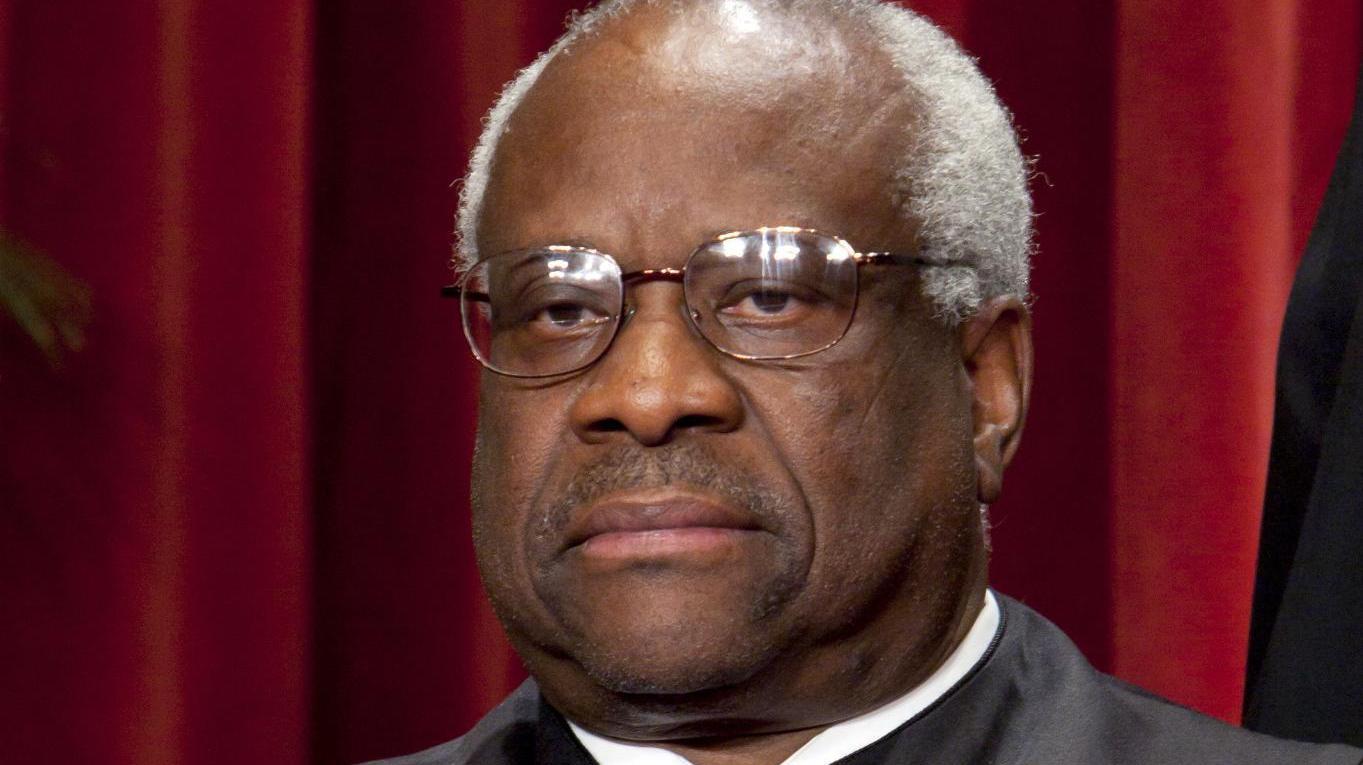 The curiously silent conservative Supreme Court justice -- whose term began with the infamour Anita Hill confirmation hearings -- is said to be "mulling retirement" after the election in order to travel America in an RV with his wife.

Update: Clarence Thomas's wife Ginny has angrily denied this in a Facebook post: "For all those contacting me about the possibility of my husband retiring, I say --- unsubscribe from those false news sources and carry on with your busy lives."

The unnamed "court watchers" say that Thomas never intended to serve until his death.

The Washington Examiner also claims that Justice Kennedy, who is 80, may be near retirement.

The bench is currently "tied" 4-4 on the conservative and liberal sides (though those labels don't always map to the Supremes' rulings), with one seat left vacant by the death of Scalia while he was in the company of a secretive society of elite hunters.

If a Democrat -- presumably Hillary Clinton -- wins the 2016 election, they could leave office with a 7-2 "liberal" bench that could endure for years to come, though any nominees would have to get past the Senate, whose own majority is up for grabs in 2016 as well.

Should Thomas leave, that slight majority would continue if Donald Trump becomes president. If it's Hillary Clinton, then she would get the chance to flip two Republican seats, giving the liberals a 6-3 majority.

And, conservatives fear, that could switch to a 7-2 majority if Republican Justice Anthony Kennedy, already a swing vote, retires. He will be 80 next year.

End of conservative Supreme Court: Clarence Thomas may be next to leave