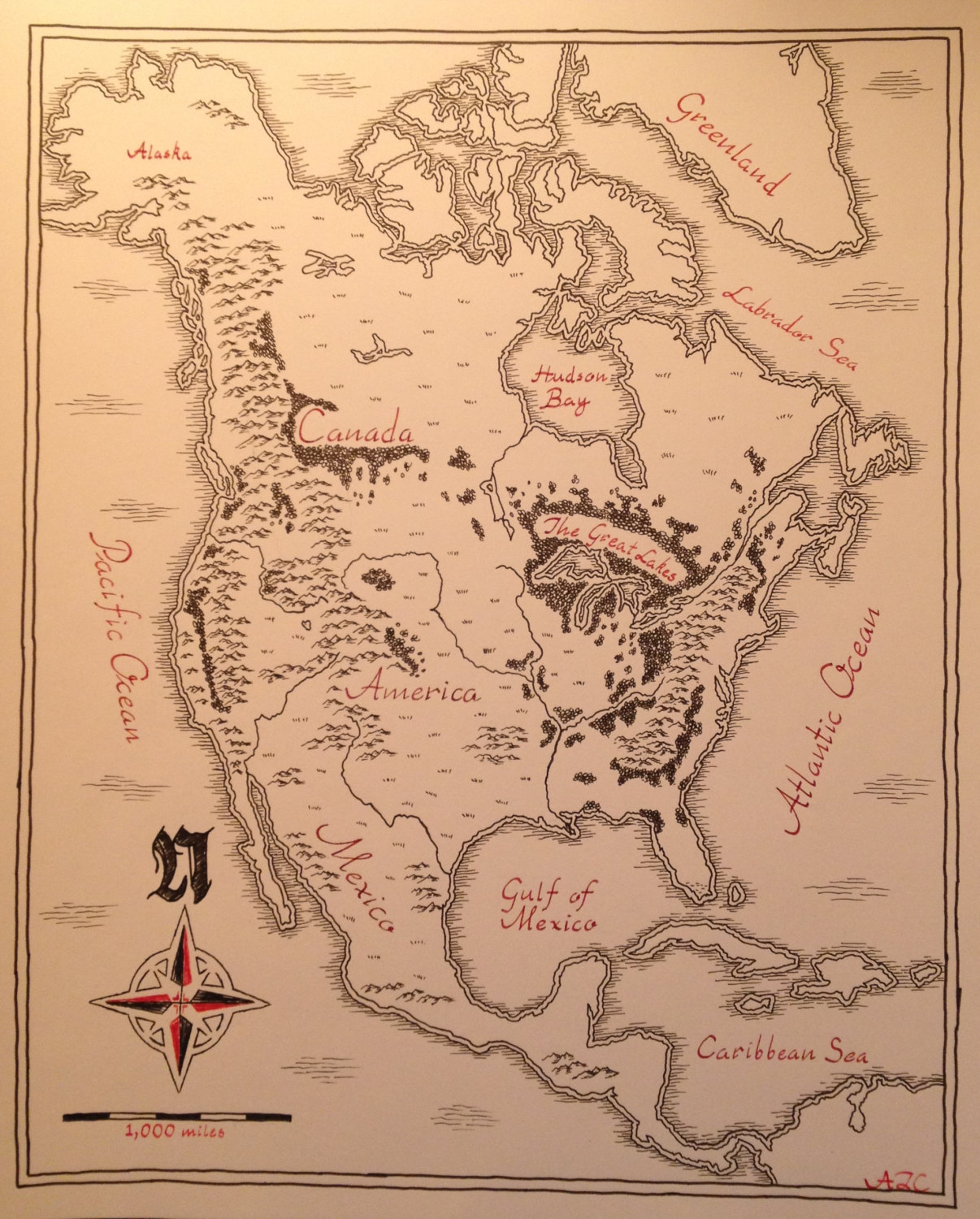 "This fantasy style map details the geographical features of North America. Get a feel for the old Americas without all the clutter of major cities or roads! The maps listed in my store are prints of my own hand-drawn maps that were created using fibre waterbased ink pens."