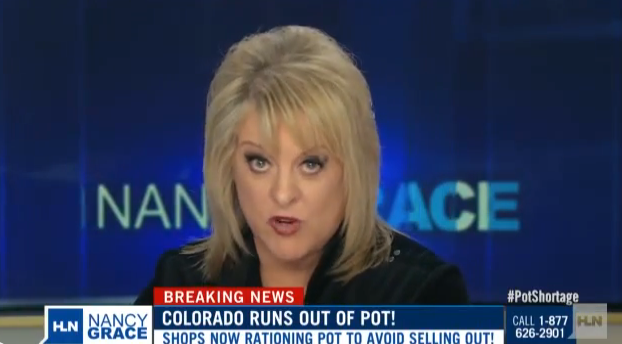 This is the HLN we know and love.

The New York Observer fact-checked her written account and discovered that Mr. Griffin was killed by a former co-worker with no criminal record who confessed to the crime immediately. At trial, he was convicted within hours and the prosecution did in fact ask for the death penalty, but was denied. Ms. Grace explained the variance by telling The Observer, “I have tried not to think about it.”

It seems CNN, though, has finally tired of all this shit, replete as it is with relentless lawsuits and dead-eyed efforts to trend hashtags such as #BabyInDryer and #TooFatToDie on their chyron.

Anderson Cooper hasn’t been this pissed off since Hurricane Katrina. On Friday, Cooper interviewed newly-sprung Rod Blagojevich, the former governor of Illinois who had a 14-year prison sentence commuted by Celebrity Apprentice host Donald Trump. In 2011, Blago was found guilty of federal corruption charges related to then-President Obama’s vacant senate seat. During his time […]