Evangelicals "rationalizing" their support of Trump 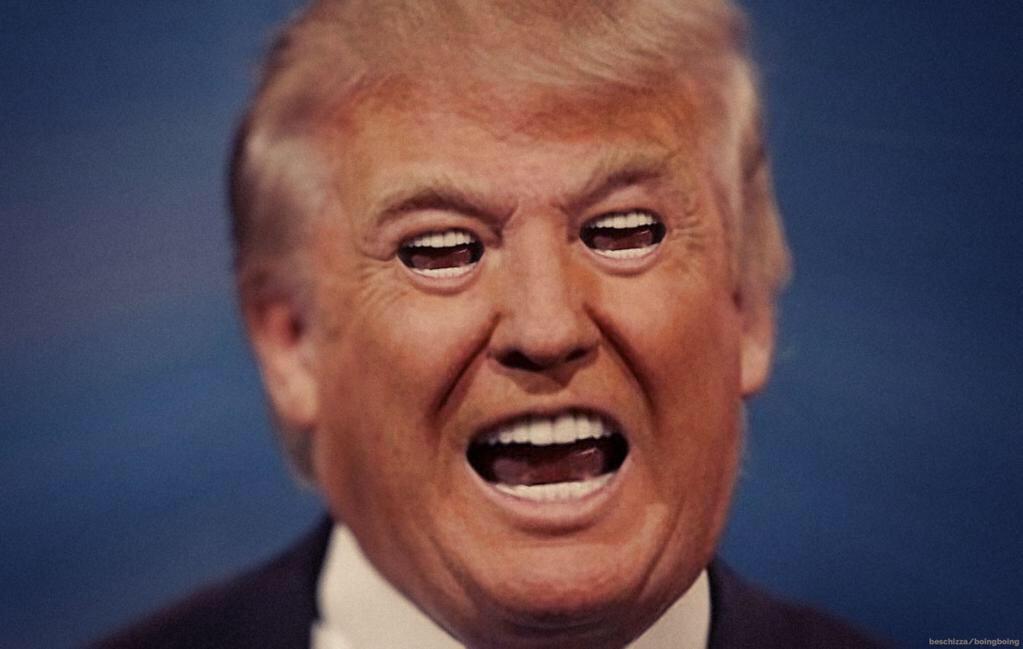 At The New York Times, Peter Wehner is angry at evangelical leaders who rationalize their support of Donald Trump, a faithless huckster who talks of "Two Corinthians" and mocks the disabled.

This fulsome embrace of Mr. Trump is rather problematic, since he embodies a worldview that is incompatible with Christianity. If you trace that worldview to its source, Christ would not be anywhere in the vicinity.

Time and again Mr. Trump has shown contempt for those he perceives as weak and vulnerable — "losers," in his vernacular. They include P.O.W.s, people with disabilities, those he deems physically unattractive and those he considers politically powerless. He bullies and threatens people he believes are obstacles to his ambitions. He disdains compassion and empathy, to the point where his instinctive response to the largest mass shooting in American history was to congratulate himself: "Appreciate the congrats for being right."

What Mr. Trump admires is strength. For him, a person's intrinsic worth is tied to worldly success and above all to power.

But that is evangelical Christianity in practice, isn't it? Dobson and Falwell and co., stripping naked at the slightest promise of money or political influence, is what they always do.

Whether or not he has read a word of Nietzsche (I'm guessing not), Mr. Trump embodies a Nietzschean morality rather than a Christian one. … It celebrates the "Übermensch," or Superman, who rejects Christian morality in favor of his own. For Nietzsche, strength was intrinsically good and weakness was intrinsically bad. So, too, for Donald Trump.

Attributing Trump to Nietzsche? Good Lord. If Christianity is shriveling on the right, is there any question why? Even their pigeonholes are rotten.