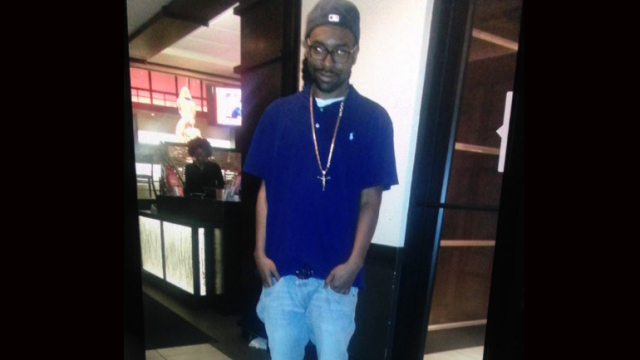 Her daughter, 4, is reported to have been seated in the back seat of the vehicle when the police officer shot into it, striking Castile in the arm. The victim died of his injuries within hours at Hennepin County Medical Center nearby.

In a video posted on Facebook, Ms. Reynolds says “police shot him for no apparent reason, no reason at all.”

The video has since been removed from view by Facebook.

In the Facebook Live video, Lavish Reynolds prays aloud for Castile's life to be spared. Castile is “licensed to carry” and was “trying to get out his ID” and “he let the officer know he had a firearm, she says. “He was reaching for his wallet, and the officer just shot him. … He just shot his arm off.”

From the Minneapolis Star-Tribune:

The woman started the video with the man slumped next to her, his white T-shirt soaked with blood.. In the video, taken with her phone, she says they were pulled over at Larpenteur Avenue and Fry Street for a broken taillight.

The officer “asked him for license and registration,” she says. “He told him that it was in his wallet, but he had a pistol on him because he’s licensed to carry. The officer said don’t move. As he was putting his hands back up, the officer shot him in the arm four or five times.”

The video shows a uniformed police officer holding a pistol on the couple from outside the car. The officer can be heard to say, “I told him not to reach for it. I told him to get his hand out.”

The woman says in the video that her boyfriend was shot by a Roseville police officer; in the video, several cities’ squad cars are visible but it wasn’t possible tell which cities they were from.

“Please don’t tell me my boyfriend’s gone,” Reynolds says in the video. ”He don’t deserve this, please. He works for St. Paul Public Schools. He’s never been in jail, anything. He’s not a gang member, anything.”

Valerie Castile, the victim's mother, told reporters that her son was a cafeteria supervisor at J.J. Hill Montessori School in St. Paul, Minnesota.

Screengrab from the video of Philando Castile's murder by a police officer.

An observer, Katherine Bleth, who lives across the street, told reporters she was driving home with a friend when she saw the crime scene “right in front of me.”

“Cop cars were rushing past us, we knew something was wrong,” she said.

Her video of the scene is below.

This baby saying "it's okay, I'm right here with you" to her mama. This shouldn't be her reality. #FalconHeightsShooting

"It's okay, Mommy. It's okay, I'm right here with you." https://t.co/Rhf4kOFOMu #FalconHeightsShooting

You know in your bones it's always been like this, just the technology to bear witness has changed. #FalconHeightsShooting

Breaking News in Minnesota. Family pulled over and officer open fires on driver for reaching for his license. pic.twitter.com/qu6WUKRrR8

The sound of this little girls voice has me in tears. #FalconHeightsShooting

the Facebook live video of the police shooting in Falcon Heights, MN tonight might be the most horrifying thing I've ever seen or heard

Update: man shot by police in #FalconHeights died at HCMC. His mom identifies him as Philando Castile, 32 #wcco #cbs pic.twitter.com/OKxMP0VG65

So you want to be a live video platform and you remove video likely needed for investigations. Hmm

If there was one policy that would do the most to reduce police killings, I'd bet it would be changing the US deadly force standard.

My fellow journos: Stop calling it an "officer-involved shooting." Call it a "shooting by a police officer."

Happened two hours ago. Shared on Facebook 129K times. No major media reporting on it yet.

May God rest his soul—and may God trouble ours. #FalconHeightsShooting https://t.co/S1QMX6YEyv

Just spoke with the sister of #PhilandoCastile, the man in the #FalconHeightsShooting. She said he has died

Rest In Peace, #PhilandoCastile I am so sorry for your sweet little girl. I don't know what to do. You deserve justice. You deserve to live.

1) In the interest of time, would ye noble patriots please provide a list of infractions punishable by spontaneous public execution? Thanks!

Y'all she's deadpan and totally collected filming WHILE THE COP STILL HAS HIS GUN ON THEM INSIDE THE CAR.#FalconHeightsShooting

Most importantly I am heartbroken. You should be too. #FalconHeightsShooting